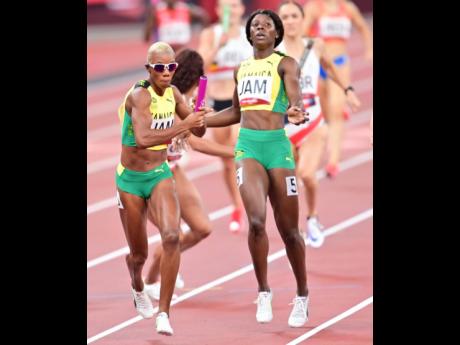 Gladstone Taylor
Jamaica’s Candice McLeod (left) receives the baton from teammate Shericka Jackson during the final of the Women’s 4x400m Relay at the Olympic Games in Tokyo, Japan, on Saturday. 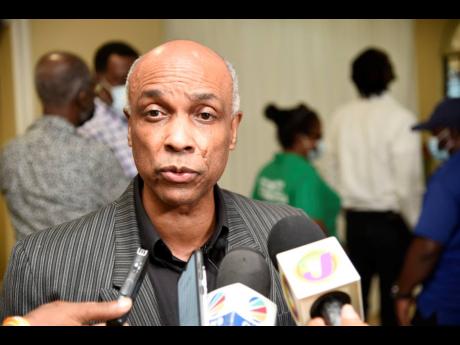 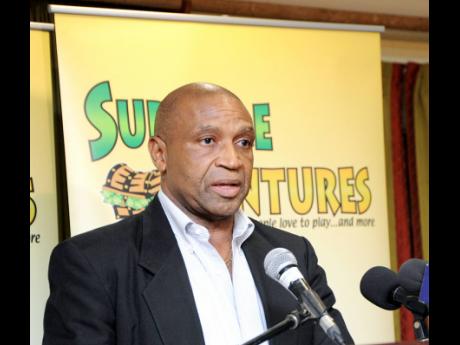 President of the Jamaica Olympic Association (JOA) Christopher Samuda has defended the organisation’s support of the Jamaica Athletics Administrative Association (JAAA) amid suggestions that the island’s track and field interests should benefit more significantly from bonuses paid over to the JOA for Olympic Games performances.

According to well-placed sources, the JOA received approximately US$370,000 ($47 million in 2016) in contractually obligated bonus payments from sponsors Puma for the Rio 2016 Olympic Games based on the number of medals won and other performance markers from the Games.

All 11 medals won by Jamaica at the 2016 Olympics were secured by track and field athletes and while unwilling to speak directly on the matter, JAAA Treasurer and Manager for Jamaica’s track and field team at the just-concluded Tokyo 2020 Olympic Games, Ludlow Watts, believes that there needs to be some discussions about how the bonus is disbursed, highlighting the role of athletics in securing the funds in the first place.

Track and field athletes have accounted for all but one of Jamaica’s 87 medals won at the Olympic Games. David Weller, who won the bronze medal in the Men’s 1km Time Trial at the 1980 Moscow Olympics, is the only competitor outside of athletics to medal for Jamaica at the Olympic Games.

Watts underscored the importance of athletics to Jamaica’s reputation and performance on the Olympic stage and stated that it was vital that both organisations discuss the matter.

“Our executive will be speaking and assessing all aspects of our relationships, and it is important that the relationship between the JOA and the JAAA is really first class because it is the JAAA that really drives the Olympic movement as far as Jamaica is concerned,” Watts added.

“So we have to ensure that our relationship is enhanced and is used in a manner where the country and both organisations benefit,” said Watts.

However, Samuda believes that the JOA has provided sufficient support to the JAAA and made it clear that his organisation has a responsibility to all sports in Jamaica.

“My administration has supported track and field much more than previous administrations. We can look at the Olympic Destiny series, where we negotiated for a corporate company for their benefit, and their beneficiaries received $14.5 million, and that was the JAAA,” said Samuda.

The Gleaner understands that the Olympic Destiny Series cost the JAAA an estimated $20 million to execute, with the JOA contributing $7 million in sponsorship funds.

“We looked at our coaching courses. Several of our coaches from the JAAA have gone on courses that we have organised, so we are building technical capacity. There is no question about our funding. We have funded them quite generously, and we will continue to do so, but at the same time, we have to, of course, pay specific attention to those sports who have lacked funding over the years and who have not received a fair share of the wallet,” Samuda added.

“What I can say is that they (JAAA) have received more than 20 per cent of the pie, and we have 51 associations, so we should put that into perspective,” Samuda added.

Samuda said that he is willing to have discussions with the JAAA but suggested that those talks would centre largely on the management of the sport in Jamaica.

“As an apex organisation, we have supervisory responsibility to our member associations, and, therefore, we will engage them because what we want to ensure is that they improve their management capacity and capabilities, and in that context, we will engage them,” said Samuda.

With regard to expenses associated with the Olympic Games, the JOA is given a US$100,000 ($15.4 million) preparation grant from the International Olympic Committee and travel expenses for athletes and officials are also covered by the IOC up to US$3,000 ($465,000) per person.

The Local Organising Committee of the Games provides all meals and accommodations for athletes residing in the Olympics Village.