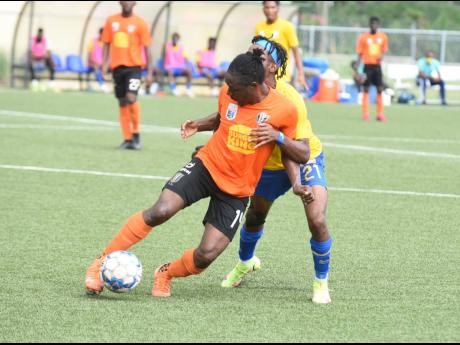 Martin could not provide The Gleaner with the actual numbers but said that some clubs have already been fully vaccinated while others have a large percentage of its staff already taking one shot.

These players participated in a recent “Blitz” put on by the Government that allowed Jamaicans to get shots without awaiting a lengthy registration process.

Some clubs previously said that some of their personnel were hesitant to take the vaccine, leading to a very slow vaccination rate in the first few weeks of the vaccination drive for the JPL.

However, through the clubs, PFJL has been able to persuade many individuals to get their shots.

“The encouragement was primarily at the club level, where they had conversations with the clubs, and you had doctors giving them all the information they needed to make a decision,” Martin told The Gleaner. “But once they saw people actually getting vaccinations, their response actually improved, and so we had people following up after the first batch went. So that was positive.”

Martin says that in keeping with laws set out by the Ministry of Labour, players cannot be forced to be vaccinated.

“The position of the Premier League and the clubs is that it is every individual’s choice,” she said. “Not everyone has been vaccinated, but that is not something we have as a target, getting the league fully vaccinated.

“But persons who are willing to be vaccinated, we want them to get their full vaccination. Regardless of the numbers, the response was positive as all the clubs responded with a good number of persons. So PFJL is please we had this opportunity and that so many persons went out and did it.”

Martin was also happy to announce that there have been no positive COVID-19 tests reported in the JPL so far this season.

“We test every week,” she said. “Everything is going well, and so far, our testing has gone well. We haven’t had any [case] to stop our games, and we have been able to continue, which is excellent.”