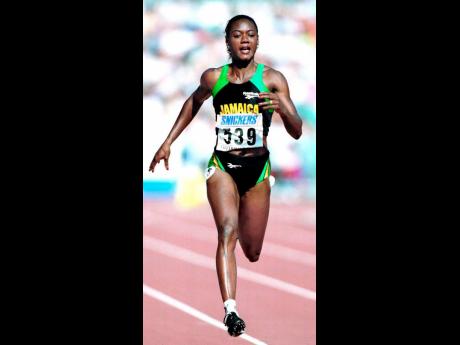 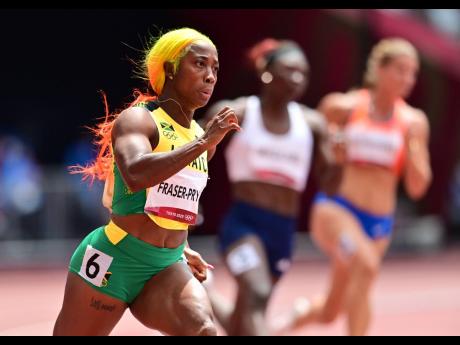 When evergreen Merlene Ottey clocked the last of the 67 sub-11 seconds 100m races on August 30, 2000, little Shelly-Ann Fraser-Pryce was just 13. That race in Thessaloniki, Greece, entrenched Ottey’s position as the leading producer of times under...

When evergreen Merlene Ottey clocked the last of the 67 sub-11 seconds 100m races on August 30, 2000, little Shelly-Ann Fraser-Pryce was just 13. That race in Thessaloniki, Greece, entrenched Ottey’s position as the leading producer of times under 11.

Data derived from www.alltime-athletics.com revealed that Fraser-Pryce has 42 runs under 10.90s and an unparalleled 22 under 10.80s compared to 23 and four for Ottey.

With Fraser-Pryce online for the 2022 World Championship season, more fast times could well be in her future. Ottey ran her fastest time, a then national record of 10.74s, at age 36. Fraser Pryce won’t turn 35 until December 27 this year. In a recent evaluation of whether she should continue to the 2024 Olympic Games in Paris, JAMALCO Track Club founder Dennis May spoke from his background as an efficiency expert and said, “In her mind, I think she’s at a place where she doesn’t see barriers for herself.”

Ottey’s first sub-11 was Jamaica’s first, a smooth 10.92s at the Mount San Antonio Relays on April 28, 1985, more than a year before Fraser-Pryce was born. Her last one, 10.99s in Thessaloniki, came 15 years later. Fraser-Pryce covered the same ground a little more quickly, with her first sub-11 coming at the 2008 National Championships.

Incidentally, Ottey is still the sole leader in sub-22 200m productivity with 16 clockings under 22 seconds. Fraser Pryce has two.

This latest achievement by Fraser-Pryce is made more remarkable by the small number of sprinters who have broken 11 seconds more than 30 times. In addition to the four Jamaicans, this elite group includes Americans Marion Jones, on 42; Carmelita Jeter, 38; Gwen Torrence, 36; and East German Marlies Göhr on 33. All were world champions over 100m.

Alltime-Athletics lists 66 sub-11 times for Ottey, but most track and field resources speak to 67.