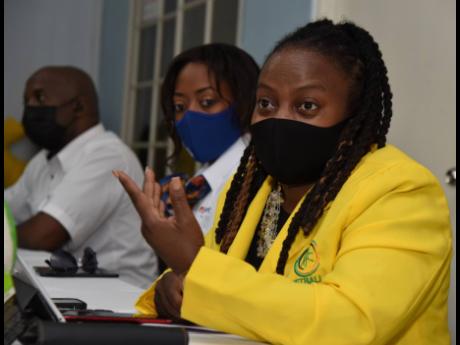 Barbados are set to replace South Africa in the Sunshine Girls’ Tri-nation international series, which is scheduled to take place at the National Indoor Sports Centre next month.

The Sunday Gleaner has been reliably informed that Netball Jamaica (NJ) is now in negotiations with the Barbados Netball Association and that the confirmation of their participation in the series is expected to come on Monday.

It is also understood that the series will now be dubbed the Caribbean Festival Series. However, when contacted, President of NJ, Tricia Robinson, said she will not be commenting on the matter.

It is reported that South Africa, who are ranked fifth in the world, pulled out the series because of the COVID-19 pandemic. Meanwhile, Trinidad and Tobago are currently ranked 10th in the world.

Meanwhile, the world number fourth ranked Sunshine Girls will be using the series to fine-tune their preparations for next year’s Commonwealth Games, which will be held in Birmingham, England.

The Sunshine Girls’ 16-member squad for the series is made up of five players, who recently competed in the Suncorp Super Netball League in Australia.

They are captain Jhaniele Fowler, who was voted the Most Valuable Player in the Suncorp Super League for the fourth consecutive season, Shamera Sterling, Kadie-Ann Dehaney, Jodi-Ann Ward and Latayna Wilson.