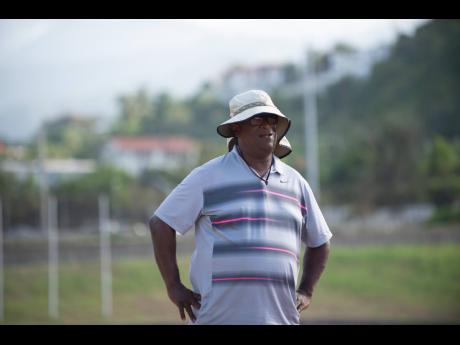 Veteran coach Stephen Francis has confirmed that he is considering an opportunity to condition a top international female sprinter, at the request of Nike, the American sports goods manufacturer, which sponsors both Francis and the unnamed athlete.

Francis, who looks set to lose his top sprinter Elaine Thompson Herah, who has indicated her intention to leave the University of Technology-based programme, admitted that he has been approached by Nike to condition an international athlete, an occurrence, which he described as a regular request from his sponsors.

“I am a Nike coach and ... Nike considers me to be their best performing coach and they want as many Nike athletes as they can to get into my training situation,” Francis told The Sunday Gleaner.

“All I can say is that Nike has the right to demand; maybe not demand, but advise or request that I coach people that they want me to coach,” Francis added.

He pointed to his programme’s success over the years as a major factor behind the usual requests and shared that the contractual dynamics of Jamaica’s top athletics prospects, many of whom are sponsored by rival shoe companies, result in constant efforts to add to his cohort of Nike-backed athletes.

“Over the years because we have always had success, we won four Olympic 100m gold medals in a row and a whole pile of World Championships (gold medals), so because athletes like those have been present here, we have been able to tell Nike that look, there are a lot of excuses we can give, we can’t really get anybody else here (but) at this point in time, as far as we know, we will have one of those people (international athletes). What I can say is that we are under some amount of pressure to get other Nike athletes.”

When pressed on the identity of the potential addition, Francis stated: “I can tell you when the season starts, who I am coaching, this is always a process, which is in play every year but as long as I have Jamaican Nike people around, we usually stick with what we have.”

However, with Thompson Herah looking for a way out of the club, a slot might have opened up for one of Nike’s other top names to join Francis’ training programme.

“What I will say is that Nike has by far the most athletes, certainly among sprinters and at any given time, they can tell me that they would like to see me coach any given person. I cannot at this point tell you, (in fact) I can never tell you who Nike has requested me to coach,” Francis shared.

In addition to training some of Jamaica’s top athletes to international success such as, Thompson Herah, Asafa Powell, Brigitte Foster-Hylton, Shelly-Ann Fraser-Pryce, Melaine Walker, Kaliese Spencer, Nesta Carter, Michael Frater, Sherone Simpson, Ronald Levy and many others, Francis has also conditioned several overseas athletes in the past such as Great Britain’s Dwain Chambers.

Bajan athlete Sada Williams is currently being coached by Francis.

Francis’ programme, on paper, is separate from MVP Track Club’s Puma-backed set-up, which is headed by his younger brother, Paul Francis, and includes household names such as Shericka Jackson, Stephenie-Ann McPherson, O’Dayne Richards, Tajay Gayle and Janieve Russell, who are all sponsored by Puma.