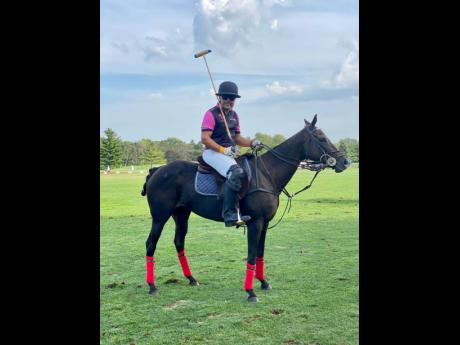 Jamaican polo player Charles Chambers is already relishing the history created so far at the Butler International Cup in the United States of America (USA). However, he says that the team is ready to seize the biggest opportunity they have in claiming a title in a major tournament.

Jamaica will face Team G2 of the USA in the championship game today at the Oak Brook Polo Club in Chicago, Illinois, at 3:00 p.m in their bid to complete an unprecedented run for the team.

Jamaica advanced to the final on the back of two wins against the Oak Brook Team representing the USA and Liechtenstein, respectively.

It is uncharted territory for Jamaica in the 10 to 12 goal handicap tournament, which was made a sanctioned United States Polo Association tournament in 2020.

Chambers says that having got further than they could have dared to expect, they are eagerly awaiting a chance at the title.

“There is a huge amount of excitement with these guys. It’s an incredible opportunity. We are doing something (special). For a Jamaican team to get to the final of a 12-goal international tournament in the United States is unheard of. People would say you can’t go and win a 12-goal tournament with a Jamaica team. But here we are, we are in the finals and we have an opportunity (to win),” Chambers told The Sunday Gleaner.

The team comprising of Chambers, Freddie Farquharson, Jason Wates and Santiago Torres will face a G2 team that they are already aquainted with, having faced them in their last pool game, losing 9-7. However, Chambers says that considering that they were at one point battling a six-goal deficit, they took positives from the game that they can build on in claiming the title.

Having to manage a short season because of COVID-19 and other challenges, Chambers says that regardless of today’s result they are proud of their achievements.

“Even if we don’t win tomorrow (today), the achievement already is incredible, but we think we have a very good chance of winning even without the home crowd, even though we are not playing with our own horses,” Chambers said. “We are just incredibly proud to be representing Jamaica in the sport that we love.”

“I think television coverage is going to do to polo what it did to golf or to cricket or to other games and Jamaica being able to represent in a 12-goal match and make it to the final is a huge deal,” Chambers said. “And for a lot of young players and maybe for a lot of people (if they watch), it would be a huge thing for Jamaica polo and would probably be transformational because people will be exposed to the magnificence and beauty of the game.”