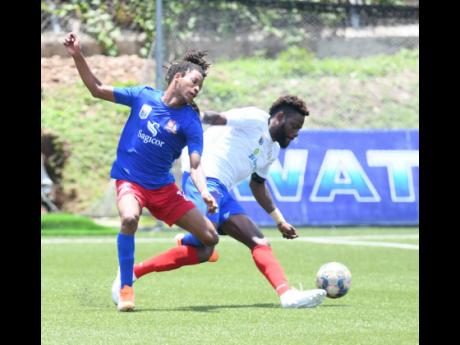 PROFESSIONAL FOOTBALL Jamaica Limited (PFJL) has signed on to a historic partnership with InStat that will massively improve access to Jamaica Premier League (JPL) statistical data of clubs, players and affiliated parties, plus exposure through live streaming of its matches outside the Caribbean.

Christopher Williams, chairman of the Professional Football Jamaica Limited (PFJL), described the agreement as “a big, big opportunity”, when making the disclosure to The Sunday Gleaner yesterday.

“We want to announce that we’ve signed on with InStat, which allows the league to be broadcast on its platform and allows all the major coaches, clubs, managers, scouts, agents to view the Jamaica Premier League and see the talent on display,” Williams revealed.

“We are the first Caribbean league to go on InStat. It now opens up the scouting opportunity for all the players,” he added, noting further that “it’s a good start”.

InStat, which was founded in 2007 and is headquartered in San Jose, California, is a sports performance analysis company that provides professional tools for individual and team performance evaluation and scouting.

According to information provided on Wikipedia, the company has a proficiency in fitness analysis and its in-house panoramic filming technology has been tested at the highest level of FIFA.

Their works cover a vast array of professional sports to include basketball, ice hockey and Williams pointed out that “it will allow us to get statistics on the league for journalists, as well as the managers and coaches”.

The platform provides detailed information on every facet of the game for individual and team statistics such as ball possession percentages, goals, passes, tackles, the number of touches made by a player, to whom that player passes mostly and so forth.

Arlene Martin, general manager, PFJL, advised that the partnership with InStat is based on “a revenue share model”.

“So in addition to having broadcast access outside the Caribbean, we do have revenue access,” she outlined.

In terms of a dollar value, Martin could not state a price, but she noted a percentage split of 70-30, with the bigger portion going to the PFJL.

Live streaming of JPL matches underwent a trial phase in rounds leading up to the quarter-finals and the service will continue.

“It went live for the quarter-finals smoothly. So it’ll be up and running for the semi-finals and finals,” Martin said. “And all matches will be uploaded, from the start of the league on June 26.”

The partnership does not have a time specification and Martin shared that “we’re looking at something that will be ongoing. So we’re entering it year-to-year ... it’s something that we want to keep going.”

In terms of markets, InStat’s live streaming will not include the region.

“We will promote in the markets that we have an interest in. We’re interested in markets that allow for scouting,” she added. “From a business perspective it’s about players, but also fan consumption of Jamaica’s football. We want to have football fans globally now become fans of football in Jamaica.”

Continuing, Martin said: “The clubs are excited because it means more scouts will be able to view their players. And the deal is non-exclusive, meaning as we grow, we could get more international matches.”