Double win for Atkinson in ISL 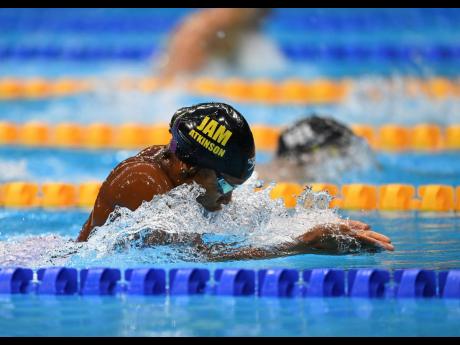 Olympian Alia Atkinson pulled in two wins on the latest leg of the International Swimming League (ISL). As the series continued in Naples, Italy, Atkinson triumphed in both the 50m and the 100m breaststroke events. It was her third such double of the 2021 ISL season.

In the shorter event, she won by some distance as none of her rivals broke 30 seconds. Benedetta Pilato, Italy’s 16 year-old European senior champion, was second place with a time of 30.13s.

In an interview last week, Atkinson outlined her goals for the ISL this year.

“I seem to be around where I was last year,” she said. “Hopefully, with more competition and training, I can get close to my world record times.”

Having announced in July that she intends to retire, Atkinson is focused on closing her long and successful career with something special.

“I feel like my swimming career has come full circle, but I also want to finish it with a great performance if I can,” she said.

It was Atkinson’s third double of the series, after her dual victories on September 2 and 3 and September 18 and 19. She and her London Roar teammates will be back in the pool this week in an effort to reach the ISL playoff round, which begins in November.