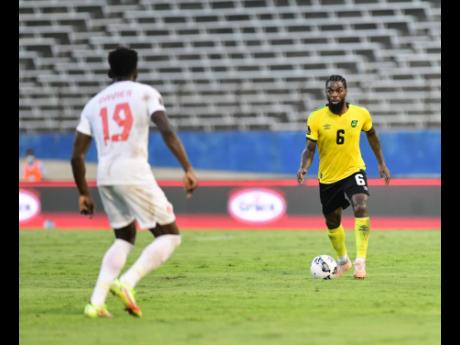 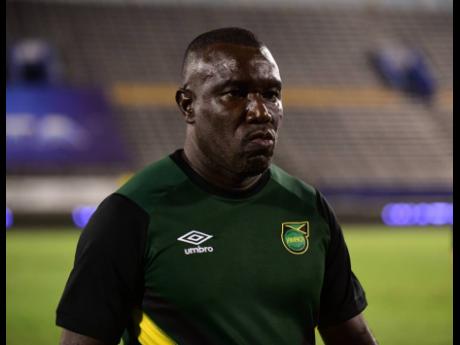 National senior men’s football team head coach Theodore Whitmore says that midfielder Anthony Grant has the required qualities to help the Reggae Boyz in their World Cup qualifying bid and has compared his play to national legends. Whitmore and...

Whitmore and Grant were a part of the delegation that returned to the island yesterday afternoon following their 2-0 win over Honduras on Wednesday night. The win was not only their first of the campaign, but their first win over the Hondurans in San Pedro Sula, a place that has historically been difficult for the Boyz.

Four games into his international career with Jamaica, Grant has already made an impression on Whitmore in defensive midfield, a position that he previously identified as an Achilles heel. In another strong performance in Honduras, Whitmore said that Grant’s skill set and his drive are identical to the late Peter Cargill’s and Stephen Malcolm’s – key players of the group that made it to the 1998 World Cup.

“I think Anthony Grant brings what we want to this team,” Whitmore told The Gleaner. “He is a player that plays with heart, with a lot of commitment, and you can feel his presence on the field. He reminds me of a Peter Cargill or a Stephen Malcolm, an Ian Goodison. He is a warrior out there and that’s what you are going to get from Anthony Grant.”

It is the highest compliment coming from Whitmore, who played an integral role in that 1998 run with all three players he mentioned, but something Whitmore says is deserved because of his effectiveness on the field whenever he plays.

“[It’s high praise,] but you really have to give credit where credit is due,” Whitmore said.

In the short time being around the squad, Grant says that he has felt more confident in his efforts to protect a backline that has now posted consecutive clean sheets after conceding eight in their first four games. However, he has also credited his understanding with teammate Devon ‘Speedy’ Williams in his recent play.

Grant says that compared to some games where they did not win, the last performance was deserved and believes that the continued team togetherness and work ethic will take them to their desired target.

“From the start, we have been grinding out games,” he said. “We have been unlucky in certain games. To get the clean sheet and the win was not a surprise. We ground out the win that we fully deserved. We just need to carry on going and work as a team, and as long as we keep working as a team, I see us qualifying for the World Cup.”

Jamaica are now in sixth place in the eight-team table with five points, three points adrift of fourth-place Panama, who have eight points. They next play El Salvador on November 12.