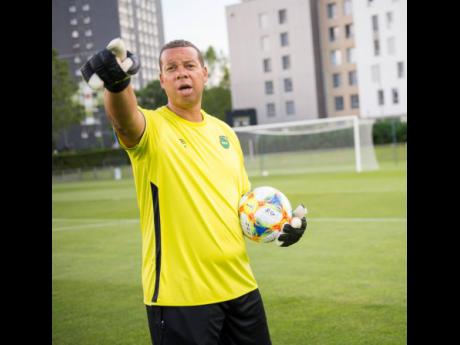 While injuries have presented a less-than-ideal situation for national senior women’s Head Coach Hubert Busby Jr, he says that he is still confident with the group of players that he has assembled, as preparations continue for the FIFA Women’s World Cup qualifiers.

The Jamaica Football Federation released a 22-member squad that has been called to a training camp ahead of their international friendly against Costa Rica on October 24 in Fort Lauderdale, Florida.

Manchester City striker Khadija Shaw has been included in the squad, posied to make her international return after a 20-month hiatus.

The squad will be without notable players Denisha Blackwood, Havana Solaun, Tiffany Cameron, and Dominique Bond-Flasza, who are all dealing with injuries. Additionally, Marlo Sweatman was on the list but is a late scratch because of an injury suffered in training on Thursday with her Hungarian club Haladas FC. Florida State University’s Jody Brown and Ohio State’s Peyton McNamara have not been called in because of their college commitments.

Even with some of his core players unavailable, Busby Jr says that the depth that they have developed in the player pool will be sufficient and will provide opportunities for players to fill important gaps within the set-up.

“One of the things that we have been actively trying to do is to increase our pool of players and make sure that we have a lot of depth. We still have the likes of Giselle Washington to come back (from injury). We are very confident with the overall depth of the squad. So, in lieu of these sort of injuries, we know that another play can step up and obviously perform in another player’s absence,” Busby told The Sunday Gleaner. “As a team, we have a pool of 40 players who are committed and who will step up and represent the country to the best of their ability when called upon.”

The Reggae Girlz’s qualifying timetable has been pushed back with the tournament now scheduled to begin next February instead of next month.

With the change, Busby Jr said they have been able to take a more calm approach in their squad selection for the Costa Rica friendly, with an eye on capitalising on the November window.

“The postponement allowed us to make better decisions heading into the game. Hopefully, we can have something (more) next month but, even if we don’t, it will at least provide us a better opportunity to look at these players in terms of the national team environment and see how they would fit in with the group going forward,” Busby Jr said.

*Replaces Marlo Sweatman who is out because of injury