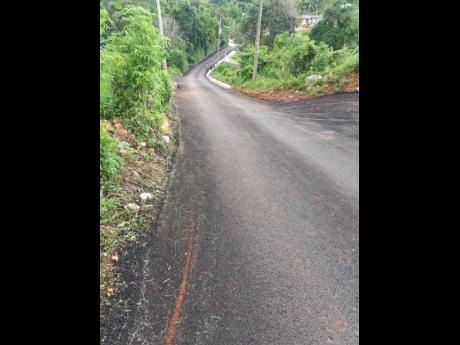 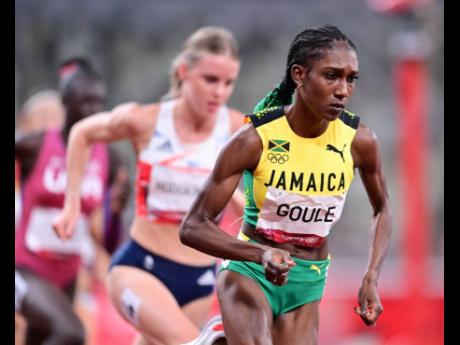 Top Coffee Grove, Manchester National 800m record holder Natoya Goule now has a permanent stamp in the community of Top Coffee Grove in the parish, following the full road rehabilitation in the district she was raised and a street being named in...

National 800m record holder Natoya Goule now has a permanent stamp in the community of Top Coffee Grove in the parish, following the full road rehabilitation in the district she was raised and a street being named in her honour.

The long-distance runner described the act of renaming the street, which was officially opened on Friday, and dubbed the Natoya Goule Avenue, as a good sign for community upliftment and a great accomplishment for her.

“I am feeling really proud of this moment because not many persons can have a road named after them , and to know that they came together to have this special day for me to rename my street after me , I am really happy about it,” she said. “I would like to say a big thank you for all the support that I have been getting from persons who were there from the beginning until now.”

Goule attributes much of her success to her humble beginnings in the area but admitted that her proudest moment in track was being able to make it to the final of the 800m at the Olympic Games in Tokyo, Japan last summer, despite not being able to medal.

She said her intention is to pay it forward by helping the children in her community pursue their dreams.

“This community has so much talent, but because they don’t have the support like I had growing up, they can’t showcase it,” Goule said. “It would be great to see the rest of the children in this community be able to reach their goals no matter what it is, be it track or anything they want to pursue. I’m going to try my best to do as much as I can to make this a better community.”

Among the persons that were in attendance to honour Goule was her coach, Jerry Holness, and former coaching team from her alma mater, Manchester High School.

Holness, who describes Goule as a “dynamite athlete” who was fearless despite her small build; dominating at the ISSA/GraceKennedy Boys and Girls’ Athletics Championships, and the Carifta Games, as well as other meets, wants others to follow her path.

“Her performance at this level, and what she has achieved over the years, must be an inspiration for all youngsters, especially in this community,” he said. “It goes to show that no matter where you are from, you can achieve.”

With a call to inspire the athletes to continue representing Jamaica by honouring their work, Sport Minister Olivia Grange, who attended the ceremony, hailed the project coordinators for what she says was a job well done and announced the support available for athletes from her ministry.

She said that among benefits available are health and life insurance, maternity coverage, and a mental health programme.

Grange says that the ministry has also received an offer for an exchange programme, which will facilitate the training of Jamaican long-distance runners in Kenya while Kenyan sprinters will train in Jamaica.

“Our home-grown athletes have done extremely well, but as we spread our wings, we can certainly benefit from others,” Grange said.