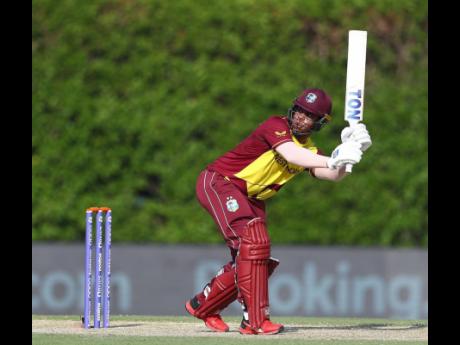 The West Indies lost to Pakistan by seven wickets in their ICC Twenty20 World Cup warm-up match in Dubai on Monday.

The regional side, who opted to bat first, could only total 130 for seven on a slow track at the ICC Cricket Academy.

The West Indies lost both openers, Andre Fletcher for two, and Lendl Simmons for 18, in the power play at 30 for two.

Wickets continued to fall, as Roston Chase made nine and Chris Gayle, batting at number three, could only muster 20 runs after facing 30 balls with two fours.

Shimron Hetmyer, fresh from his Indian Premier League stint, continued his good form as he hit a top score of 28 from 24 balls to add some impetus to the Windies innings.

The left-hander hit three fours, as he got good support from captain Kieron Pollard who blasted 23 from 10 balls with five fours.

Vice captain Nicholas Pooran weighed in with 13 from as many balls, including the solitary six of the innings.

There were two wickets each for pacer Shaheen Shah Afridi, Hasan Ali and Haris Rauf.

The Pakistanis then made light work of the target, getting to 131 for three off 15 overs and three deliveries, thanks to 50 off 41 balls from captain Babar Azam and 46 not out from 24 balls from Fakhar Zaman.

Right-arm leg spinner Hayden Walsh Jr was the pick of the bowlers for the Windies with two wickets for 41 runs, while the other wicket to fall went to veteran pacer Ravi Rampaul, who conceded 19 runs in the three overs he bowled.