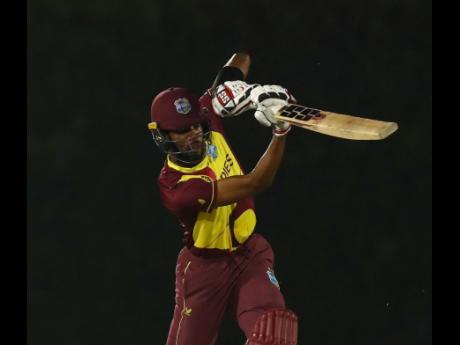 Former West Indies and Guyana opening batsman Clayton Lambert says the West Indies can still go on to do well and defend their title in the upcoming ICC Men’s Twenty20 (T20) World Cup in the United Arab Emirates. This is in spite of the team losing its second warm-up game in Dubai after going down by 56 runs to Afghanistan yesterday.

Afghanistan posted a formidable score of 189 for five, to which the West Indies replied with 133 for five.

Only Barbadian Roston Chase showed any real glimpse of form, with his unbeaten knock of 54 from 58 balls with six fours and a six, and vice-captain Nicholas Pooran hit 35 from 26 balls with four fours and a six.

All-rounder Andre Russell returned to the line-up for the first time since picking up a hamstring injury, and the Jamaican was able to make 11 from 16 balls and took a wicket in the two overs he bowled.

Obed McCoy took two wickets in what could only be described as an ordinary bowling performance from the West Indies.

The loss to Afghanistan following a seven-wicket loss to Pakistan means that the Windies go into their opening Group One match against England undercooked. However, Lambert, who played 12 One-Day Internationals and five Test matches for the West Indies, says the team can shrug off the poor start and get the ball rolling on Saturday.

“Sometimes teams start slowly and then they start to gel as the tournament goes on,” Lambert said. “When that happens, then their cricket improves and before you know it, they are the form horse and they are the ones that are performing.”

Once again, the team’s batting was put under scrutiny by the Afghanistan spinners, who stifled the Windies top order, reducing them to 27 for three in the seventh over, but Lambert says coach Phil Simmons and his staff will devise a plan to counter those threats.

“Most of our guys crush spinners generally, and I believe the West Indies will sort those issues out and play like defending champions,” he said. “We have been playing well at the T20 level against teams that have visited the Caribbean, and I don’t see any reason why we won’t continue to do well. When the lights are turned on, I think the guys are going to play well.”

Lambert says the key to victory for the regional side is winning the power plays and bowling well at the death.