‘We have to get wins’ 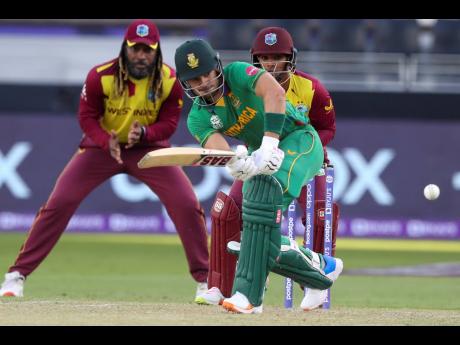 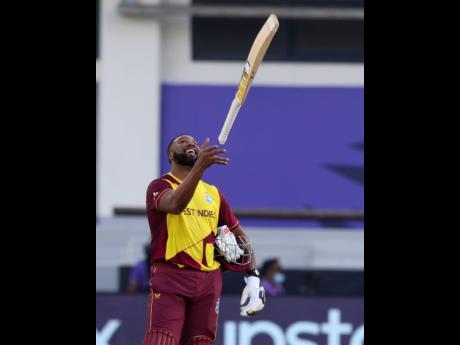 AP
West Indies’ captain Kieron Pollard tosses his bat in frustration after he is dismissed during the Twenty20 World Cup cricket match between South Africa and the West Indies in Dubai, United Arab Emirates, yesterday.
1
2

WEST INDIES captain Kieron Pollard could not mask his disappointment yesterday, as the regional side went down by eight wickets to South Africa in their Group One ICC Men’s T20 World Cup encounter in Dubai.

Another disappointing batting display meant the regional side were restricted to 143 for eight wickets. However, South Africa made light work of the chase, thanks to a resolute inning of 51 not out from Aiden Markham and an unbeaten 43 from Rassie van der Dussen, as the Proteas closed on 144 for two.

It meant a second successive defeat for the defending champions, who are now facing elimination at this early stage of the championship, with must-win matches to come against Australia, Sri Lanka and Bangladesh if they are to strengthen their chances of advancing to the semi-finals.

The West Indies will play their next game on Friday against Bangladesh, beginning at 5 a.m.

“We have to get wins on the board now. We’ve put ourselves in a position whereas from a run rate perspective that’s pretty low, and from a win percentage we haven’t won any games, so we have to win the next three games.

“We just have to take it one at a time and try to improve each and every time,” he said.

Only opener Evin Lewis stood up to be counted in the West Indies innings, as his 56 from 35 balls with three fours and six sixes gave the Caribbean cricketers’ effort some life in an otherwise drab attempt at scoring.

Lendl Simmons was the main culprit, as the opener looked woefully out of form, scoring just 16 runs from 35 balls. Simmons used up 19 dot balls in his painstaking vigil at the crease. Had the opener scored a single off those balls, the West Indies would have been in a better position, as skipper Pollard said the side fell some 20 to 25 runs short of the target they had set themselves.

Despite the loss, Pollard said the team stuck to the game plan of not losing wickets in the powerplay. However, when Lewis fell in the 11th over at 73 for one, wickets went with regularity as no batter was able to press on, thanks to some quality bowling from the South African attack.

Medium-pacer Dwaine Pretorius removed the dangerous Chris Gayle for 12 and then skipper Pollard for 26, before claiming his third wicket when he had Hayden Walsh Jr caught for a duck.

After their débâcle with the bat in the opener when they scored a measly 55 against England, many felt that the West Indies would have gone for the in-form Roston Chase to bring some impetus and stability to the batting line-up. However, the West Indies opted for a bowling change, bringing in spinner Hayden Walsh Jr for medium pacer Obed McCoy.

When asked about Chase’s exclusion, Pollard alluded that the Barbadian could very well get his chance in the next outing, while they will continue to access the situation in the coming days.

“I think Roston has done exceptionally well to get into the squad,” said Pollard. “We as a team will sit down and assess conditions and the teams we are coming up against and make a decision.”

A Russell b Nortje 5

D Bravo not out 8

A Hosein not out 0

Did not bat: R Rampaul

R van der Dussen not out 43

A Markram not out 51