This one’s for Luton 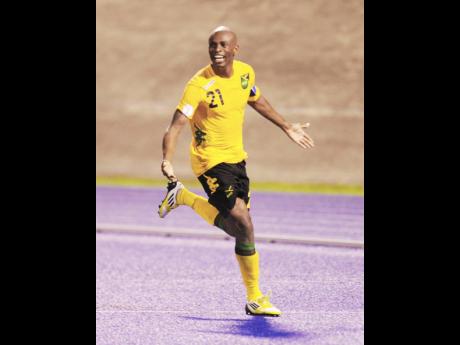 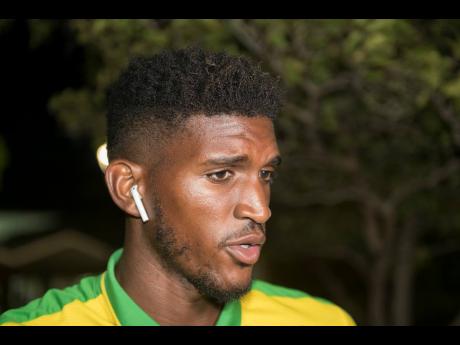 YESTERDAY, Luton George Kieshawn Shelton would have been 36 years old. Today, that fact will give the Reggae Boyz, who take on El Salvador inside the Estadio Cuscatlán, added impetus as Damion Lowe, a man who has emerged as one of the team’s...

YESTERDAY, Luton George Kieshawn Shelton would have been 36 years old.

Today, that fact will give the Reggae Boyz, who take on El Salvador inside the Estadio Cuscatlán, added impetus as Damion Lowe, a man who has emerged as one of the team’s voices, wants the Reggae Boyz to play the game in memory of the former Reggae Boy.

Shelton, who died in January from the dreaded ALS (Amyotrophic Lateral Sclerosis) or Lou Gehrig’s disease, is still Jamaica’s all-time leading goalscorer, with 35 goals from 75 games, and is remembered for the frightening pace he added to Jamaica’s attacks. But his impact on Jamaica’s football goes beyond that. So says the Reggae Boyz strongman.

“Shelton was special in so many ways on and off the field,” said Lowe.

The giant centre-half has fond memories of the striker-sometimes-winger, who he said was never too big to help others on the team.

“He always tried to guide and help the people around him,” said Lowe.

Though a quiet man, for the most part, Lowe remembers Shelton as being one of those people who would lighten the sometimes heavy atmosphere in the dressing room.

“His achievements speak for itself, but he was so humble,” said Lowe.

“He was also a spark in the room, clowning and joking. His quality separated himself from the pack. He was definitely loved by others.”

Shelton enjoyed some good times with the Reggae Boyz, winning three Caribbean Cups in 2005, 2008, and 2010, but he also had a solid club career, winning the CFU Club Championship with Harbour View in 2004, the Svenska Cupen with Helsingborg in 2006, and the Norwegian Cup with Vålerenga in 2008.

Shelton began to show signs of his illness after a return to boyhood club Harbour View just as he had started to show signs of former glory, scoring a brilliant goal before the unthinkable unfolded.

The Jamaicans, who are sixth in the eight-team final round, play El Salvador, who lie seventh with the same number of points but have a goal difference of – five, whereas, the Reggae Boyz are slightly better off with – four.

Both teams are trying to dig their campaign out from under terrible starts, and a hard-fought game is expected. Both teams are just three points off fourth place in the group. Above Panama who hold that fourth place spot, are Canada with 10; the United States, with 11; and Mexico, with 14.

Getting the Reggae Boyz closer to those spots with three points today is Lowe’s ultimate goal, however, winning for Shelton would be icing on the cake.

“Missed by many but forever in our hearts.”