Elaine still in the running 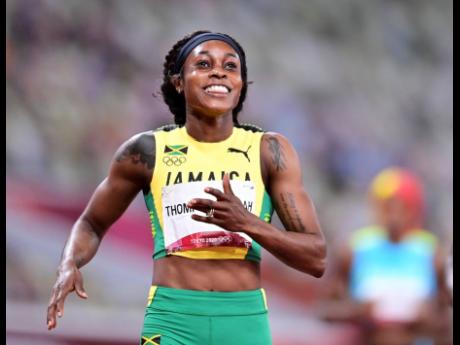 JAMAICA’S ELAINE Thompson Herah is still in the running for the World Athletics title of Athlete of the Year.

According to World Athletics, Thompson Herah, Kipyegon, Rojas, Hassan and McLaughlin were selected by a three-way voting process.

The 1998 Commonwealth Games 100-metre hurdles winner, Gillian Russell-Love, believes that when World Athletics selects its female Athlete of the Year, world records will tip the scales.

By that measure, Sydney McLaughlin is in pole position. The 21-year-old American made history by breaking the 52-second barrier at the United States Trials with a brilliant run of 51.90 seconds and accelerated to 51.46 in Tokyo.

For Russell-Love, that elevates McLaughlin above Venezuela’s triple jump ace Yulimar Rojas and Dutch distance star Sifan Hassan, who won gold in the Games and set world records of 15.67 metres and 29 minutes 06.82 seconds, respectively, with the latter mark lasting for a week.

“Rojas, she broke the record. That’s one time. Sydney broke it twice. Sifan Hassan, two gold medals, yes she did some wonderful things, two individual golds, one bronze. What she did was incredibly difficult, but I would give the edge just to Sydney because of the two world records in the same year,” Russell-Love reasoned.

Asked how she thinks the World Athlete of the Year voters will place Thompson Herah after her gold medals in Tokyo and her brilliant times of 10.54 and 21.53 seconds in the 100m and 200m, Russell-Love said: “There’s no doubt Elaine did some fantastic running, hands down and she’s done the double-double. I would give it to Sydney,” she said, citing McLaughlin’s pair of world records.

Thompson’s 2021 times are the second fastest ever, with only the world records by Florence Griffith-Joyner being superior at 10.49 and 21.34 seconds.

“You have to separate them somehow, right, and then you go to the records that they have,” Russell-Love pinpointed.

Only two Jamaicans have won the prestigious award in the past, Merlene Ottey in 1990 and Shelly-Ann Fraser-Pryce in 2013.

The male and female World Athletes of the Year will be announced at the World Athletics Awards 2021, which will take place on December 1.