No fans for SDC T20 finals 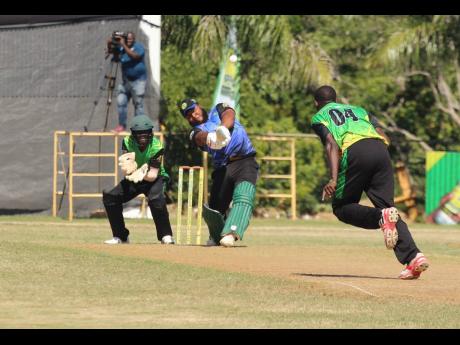 File
Tristan Coleman of Fairfield launches a six during their match against Paradise in semi-final one of the Social Development Commission’s T20 competition on Saturday, November 20.

Fans who were expected to turn out to watch the big showdown between Race Course of Clarendon and Fairfield of Manchester in the Social Development Commission (SDC) National Community T20 Final tomorrow will have to read about it in The Gleaner, as no spectators will be allowed at the grand finale.

Terrence Richards, senior programme coordinator at the SDC, says the short planning time would not allow the entity to use the portal to apply for permission for the admission of spectators.

That same portal was used to apply for spectators to attend the World Cup qualifying match between Jamaica and the United States of America at the National Stadium earlier this month.

Sporting bodies have a set time frame to apply to the Government for permission to have any gathering over a specific number.

With that, Richards says an exciting day of cricket action will be on show.

“We will have exciting matches for all finals because we will have finals for the females, as well as the masters, ahead of the T20 final on Sunday.”

“This final is important for us because as you know in National cricket, Clarendon has not played to their true potential,” he said. “We have very good players, but somehow when we reach the big stage, we never capitalise in senior cricket, but in SDC we won this title twice and we are going for the hat-trick.”

Fairfield United player-manager Brian Clarke says they will not let the big occasion get to them playing in their first SDC Final.

“The entire Fairfield community (in Manchester) is behind us and we are going to try and play our best cricket on the day,” Clarke said. “We are looking for a good game and we would love to come out on top.”

The T20 final will be preceded by the T10 female final between St Mary Women and Westmorland Women, after which the T10 Master final will see South East Masters from St Elizabeth locking horns with Ultimate masters from St Ann.