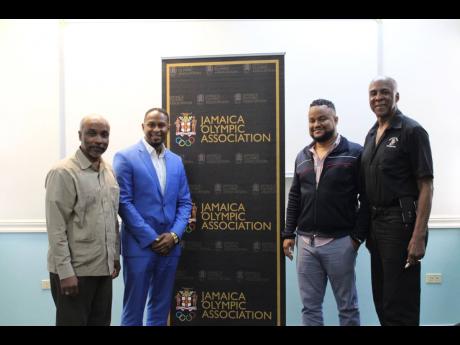 FOR THE Jamaica Karate Federation, Thursday will go down as a red letter day as the local sporting body was officially accepted by the World Karate Federation (WKF), this after a provisional membership.

Jamaica recently participated in the 25th World Karate Championships earlier this month in Dubai, and that is where the historic occasion unfolded as the country was voted a permanent member of the WKF.

Karate has had a very long and illustrious history in Jamaica, but this is undoubtedly the pinnacle of success for the sport, whose recognition by the prestigious world body has come to fruition with the fulfilment of its affiliation to the national sporting body, the Jamaica Olympic Association (JOA).

President of the Jamaica Karate Federation, Seishihan Tony Robinson, could not stress enough his thanks and appreciation for the acceptance and support given by the Jamaica Olympic Association (JOA).

“President Christopher Samuda and Secretary General Ryan Foster have been with us from the beginning and without their unwavering support, karate would not have reached where it has reached today,” said Robinson.

“Mention should also be made of Jason McKay, who was with us from the beginning. Because of this support, Jamaican karate has made tremendous strides and has won the hearts and minds of the martial arts world,” Robinson explained.

Foster, who is also CEO of the JOA, noted their shared vision while expressing confidence in advances made by its member sporting body.

“The JOA is not surprised with the great progress made by karate since being admitted as a member of the JOA. We believe in Tony and his team’s vision, which is aligned to that of the JOA,” said Foster.

Robinson pointed to their progress, saying: “We have top-ranked athletes such as Alton Brown, who is the highest ranking athlete in the region, with a world ranking of 14; Valentyna Zolostrova, the highest ranked female in the region, who also is a certified WKF coach,” he continued. “For the very first time, karate was represented at the Pan American Games held in Lima, Peru, when Jessica Cargill created history as she qualified for those games.

“Apart from that, our athletes have attended numerous training courses and seminars overseas, as far as Ukraine, through the assistance of the JOA,” Robinson pinpointed. “This has contributed to the certification as coaches and referees, which includes Alton Brown and Valentyna. This will do well to the development of karate in Jamaica and the region.

“Karate in Jamaica was always classed by many as a minor sport, but this achievement should change that view,” he added.

Commenting further on the sport’s achievements, Foster noted the growing reputation of Jamaica’s karate in regional and international competitions, saying it aligns with the JOA’s goal of developing the nation’s sporting capital in a wholesome manner.

“Alton and Jessica have gone on to winning international medals, and it is acceptance such as this from WKF which justifies our belief in karate and our ‘Sport for All’ vision,” Foster outlined.

“The success of sport is not only illustrated by the amount of medals won, but it is the impact that we all make on the lives and livelihood of all stakeholders. The existence of the JOA is not for one sport, but for all our 51 members,” affirmed Foster.

Shihan Nathaniel Peat, technical director of the JKF, also expressed joy at the news of Jamaica’s official acceptance as member of the WKF.

“The news that Jamaica has been accepted as a full member of the WKF has come after several years of back and forth, overcoming enormous hurdles and setbacks,” said Peat. “This moment has made me extremely proud.”