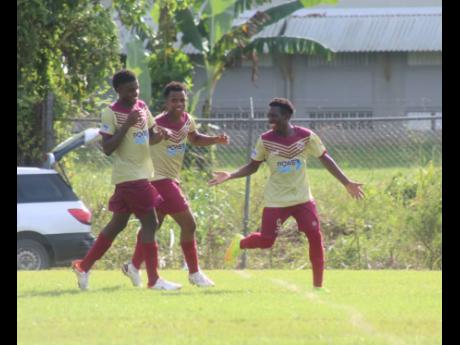 A Montego Bay derby between two former champions Cornwall College (CC) and Herbert Morrison Technical High School is set for the early kick-off in the ISSA/WATA daCosta Cup Zone A double-header at the William Knibb field in Trelawny today.

After a rocky start, where the 12-time champions conceded four goals in two games, CC held clean sheets in their last three encounters to sit third on the eight-team table with 10 points. On the contrary, Herbert Morrison, who are seeking a return of the glory years of 1986 and 1988, where they were champions, are two points ahead, having conceded in their last three outings.

Garfield Anderson, coach of Herbert Morrison, said his boys are growing in confidence and is hoping they can use this opportunity to create some separation from the chasing pack.

“There is no real difference between the two teams,” Anderson said. “At the end of the day, it’s who wants it more. These youngsters are very focused and are growing in belief and confidence. We will have to continue to dig deep in order to get the results, to maintain our position in the group, and also to put a gap between us.”

“We don’t want to put too much pressure on the boys by telling them it’s a must-win game. I think they already know,” Barrett said. “We know what is at stake. Local derbies usually draw the interest of everyone and will be bragging rights for the boys. Let’s hope the boys can go out and perform at their best. We have seen improvement, so we’re looking for all three points.”