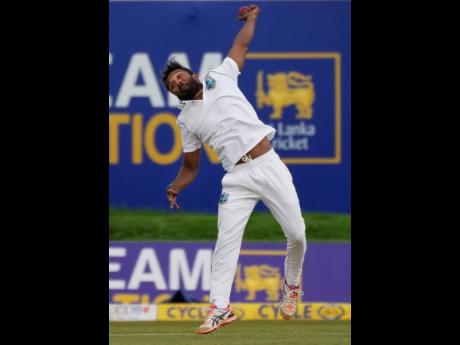 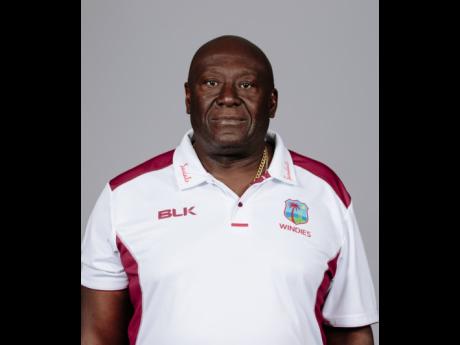 West Indies are hoping the two tactical changes to their bowling attack pay dividends in the second Test and help them level the two-match series against Sri Lanka.

Only two and a half hours play in the final session was possible on Monday’s opening day due to rain, with the hosts reaching 113 for one after choosing to bat.

“When you look at the Sri Lankan batting line-up, they’re packed with right-handers and we felt that with Roston (Chase) already bowling off spin, it would’ve been wiser to go in with the two left-arm spinners,” Estwick said.

“I thought Jomel Warrican, in the few overs he bowled this evening, looked threatening. He went past the bat a lot.

“Permaul obviously coming back from being out of Test cricket for a while, I thought he looked good initially but then a change of field meant he went a little bit too wide.

“He needed to be on the stumps a little bit more challenging the outside and inside edge.

“I had a discussion with him, he’s in total agreement and he’ll come tomorrow and make the adjustment.”

The 32-year-old Permaul played the last of his six Tests six years ago, and has taken 18 wickets at 43 runs apiece.

Warrican featured in the first Test alongside Chase and Cornwall, with Gabriel and former skipper Jason Holder providing the main seam options.

However, the attack proved ineffective on a slow, turning track, Sri Lanka gathering totals of 386 and 191 for four declared, en route to a day five win.

Cornwall took two wickets from 42 overs in the first Test but Estwick clarified these returns had not been the reason for his exclusion.

“We felt it would’ve been wiser to go with a bowler spinning it away from the [right-hander’s] bat and that’s what the decision was based on,” he stressed.

“It was not based on how well he bowled or didn’t bowl in the last Test match. It’s just that we’re looking to win this Test match and we’re looking for the best combination possible.”

Roach surprisingly sat out in the first Test as selectors opted for Gabriel’s express pace.

However, the Trinidadian claimed just two wickets from 19 overs in the first innings before sending down another four overs in the second innings and leaving the field.

Roach is the leading Windies fast bowler with 231 wickets from 67 Tests, just four scalps behind the legendary Sir Garry Sobers who is seventh on the all-time list.

Estwick said the plan had always been to rotate Roach and Gabriel, to keep the seam element of the attack “fresh”.

“Obviously with a short turnaround, there’s three days between Test matches. Obviously there’s been a lot of rain around Galle and the fields are a little bit heavy, so it’s very, very taxing on the fast bowler’s body,” he said.

“Kemar didn’t play in the first Test and that was planned – [that] he would come in for the second Test and keep the bowlers fresh.

“You’ve now got to manage your bowlers especially with the short turnaround time. Before, you’d have eight or 10 days between Test matches – that’s a thing of the past.

“So you’ve got to make sure all the bowlers are up and when they’re called upon, they’re ready to go.”