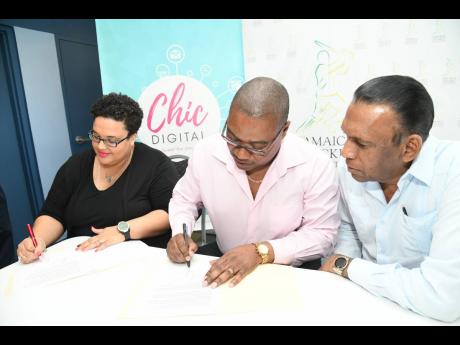 COURTNEY FRANCIS, CEO of the Jamaica Cricket Association (JCA), is cautiously optimistic that approvals for the return of local cricket could be granted soon.

Francis revealed that the JCA has submitted two requests, one for the approval for the Ireland game in January, and the other for the return of national club cricket.

However, he said they were still awaiting confirmation of a meeting date with the Ministry of Local Government, which he anticipates could come by the end of this week.

“The approval is with the ministry, so we are awaiting a meeting with the Ministry of Local Government, so they can give us a determination as to when they are going to give us permission,” said Francis.

“The applications have been in from October 15. We have two applications in, one for the game against Ireland, and another for the resumption of local cricket,” he added.

“I cannot say anything more than that until Minister of Local Government Desmond McKenzie gives us a meeting. I expect it will be some time during the course of this week,” he said.

He revealed that they had an inspection from the various entities, including the Ministry of Health and Wellness, the Office of Disaster Preparedness and Emergency Management (ODPEM), and the municipal council, all of the entities with responsibility to the Disaster Risk Management Act (DRMA).

The request, he noted, was to start hosting matches in January, and the JCA hopes to have one venue approved in each parish to host club games.

“They did the walk-through, just like how they did at stadium for football matches. We showed them what we are going to do and all the plans we have in place, and they left there, in my view, optimistic.

“The minister (local government) will be updated by those entities and will make a determination,” he continued.

REQUESTING ONE VENUE PER PARISH

“As it is now, the request is for one venue per parish for club cricket. So we will not have more than one match per parish on a weekend.”

Continuing, Francis said they are only focusing on senior competitions at this time.

“Youth cricket isn’t being contemplated just yet, because we have to roll out first,” said Francis.

In spite of his optimism, Francis cautioned that the country was bracing for a third wave of COVID-19 and that this would be critical to approval being granted.

“Optimism is funny, because the Government has made it known that they expect another wave in December, January, and I think that is going to weigh in on the approval,” he reasoned.

“We should have a decision this week, because the final walk-through was on Friday, and with conference out of the way now, I suspect we will be hearing from them in the next few days,” he said.

No cricket was played locally for 18 months until the Social Development Commission (SDC) National T20 competition, which ended last weekend, was successfully staged.

Since the pandemic hit the island last March, the JCA has always maintained that their intention is to resume the sport now, in December of this year.