Lacovia pull off double on Munro 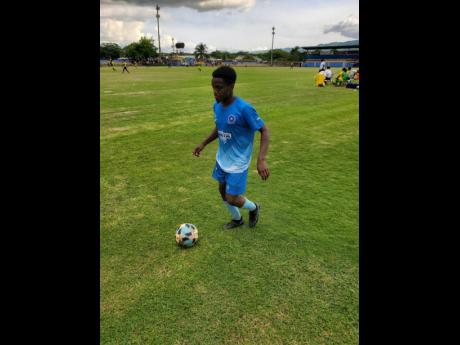 Munro College, who came into the game with a lot of confidence and looking to extend a four-game winning run, took the early lead through Shavaughn Kenyon in the 17th minute.

However, Lacovia kept pushing and appeared determined to cut the deficit before the break. With five minutes left in the half, Wright broke away in the middle of the playing field and slotted past STETHS’s custodian to score the equaliser.

A hard-fought second half seemed to be heading for a tie before Wright netted his second, to secure victory and give his team a chance of making it to the quarter-finals round.

“It was a game that was properly planned, as we always do, and the execution was good. I realised that we always react to our opponents’ approach. Munro came out hard at us and we matched it,” Ambursley said.

Commenting on their second win over Munro this season, Ambursley said: “We probably have it over them at this point in time, but I don’t think it’s any jinx. Since I came back, we have been working on the structure, mindset and approach to games. They are properly drilled tactically and physically, so each player knows what they should do in certain areas. We’ll continue to work hard and we’re looking forward to Saturday’s game against STETHS,” he added.

Jackie Walters, coach of Munro, believes Lacovia has a jinx over them, but says they are just focused on earning second-round qualification in their next game.

“We just didn’t play at our best. We missed some chances that we shouldn’t,” said Walters.

“It just seems like a jinx because Lacovia has always had it out for Munro over the years. I’m not worrying too much about it, we just have to do our business, come Saturday,” he said.

The result vaulted Lacovia up to third with 10 points, one behind Munro College and two behind STETHS, who defeated B.B. Coke 3-2 in the late kick-off.