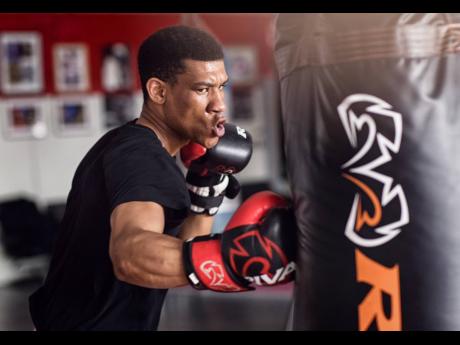 Joshua Frazer, one of Jamaica’s leading amateur boxers, makes his professional debut tonight at the CAA Center, in Brampton, Ontario, Canada, against Pablo Acosta, a boxer with a 8-6-2 record.

The fight is scheduled for six rounds and will be on a seven-fight card promoted by United Boxing Promotions, whose principals Tyler Buxton and Don McDonald are well known in Jamaican boxing circles, having had boxers who participated in the successful J. Wray & Nephew Contender boxing series.

Joshua, who is 27 years old, has Canadian and Jamaican citizenship, and is trained by his father Dewith Frazer, who has represented Jamaica as a boxer and a coach. The elder Frazer runs a very successful gym in Canada.

Joshua, who has had over 80 amateur fights, told The Gleaner yesterday he was ready for the fight, and expected to win, despite the fact that his opponent has experience in the pro ranks.

“I have had a long and successful career as an amateur, and I expect to do well. The only difference with this fight is that I will be going six rounds, as opposed to three as an amateur. I am fit and ready, however, and the extra rounds should not make a difference,” said Joshua.

“Joshua is ready. He has worked hard, and I expect a successful start to what should be an exciting career as a pro,” said Dewith.