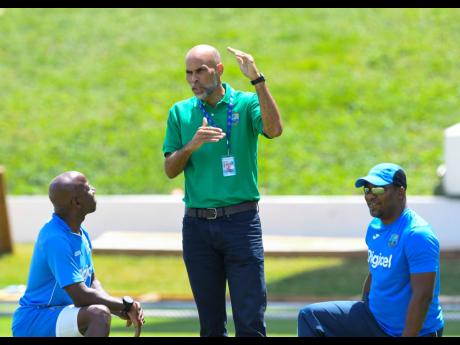 Director of Cricket Jimmy Adams says Cricket West Indies (CWI) intends to do all in its power to ensure the first-class championship is staged next year, in spite of the COVID-19 pandemic.

The marquee championship has been one of the casualties of the pandemic, halted after eight rounds in March 2020 and then scrapped this year as the region has continued to battle the fallout from the virus.

While CWI hosted several international series this year, the emergence of the latest Omicron strain of COVID-19 has once again raised speculation over lockdowns across the region but Adams said the four-day tournament remained a “priority”.

“We need to get our regional players playing red ball cricket, so we’re going to be watching closely what’s happening and we’ll be doing everything we can to protect those fixtures.”

The variant, detected in southern Africa, forced the immediate halt of the ICC Women’s World Cup Qualifiers in Zimbabwe, as the United States, United Kingdom and several European Union states slapped travel restrictions on the region.

West Indies Women, who had played only a single game, have since flown to the Gulf state of Oman but are yet to return to the Caribbean.

Adams said CWI was monitoring the development of the new variant but there was still a lot of information to be gathered going forward.

“Is this new variant something we’re watching very closely? One hundred per cent,” Adams said.

“To go into specifics will be very difficult because we still don’t have all the information either in terms of how well those players who are vaccinated or anybody who is vaccinated will cope against it. There’s still a lot of information we don’t have.

“However, we’re under no illusion that we need to get some four-day cricket played as soon as possible.”

The only domestic championship to be staged since the onset of the pandemic has been the Caribbean Premier League, the region’s premier Twenty20 tournament.

Organisers hosted the 2020 edition in Trinidad and Tobago, and this year’s in St Kitts and Nevis.

In the absence of the first-class championship, selectors have routinely brought the region’s best red-ball players together in ‘Best versus Best’ four-day matches in Antigua, as a means of choosing international Test squads.