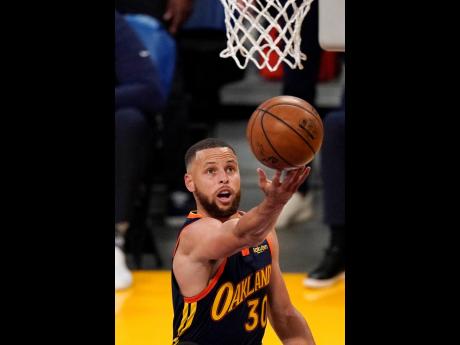 JAMAICA’S TEAM for the Centrobasket U17 Championship in Mexico, starting today, has been looking good in training, leaving head coach Trevor Poyser in an optimistic mood.

With conditioning stress in training to overcome a long lay-off for the locally based players, Poyser says speed will be the key.

“They’re coming together very well,” Poyser said on Monday as the 12-member squad began its journey to Mexico.

“As you know, with the COVID, that was a big distraction for a lot of teams; but I think that’s one of the hurdles we were finally able to get over,” the coach said.

Jamaica start their campaign against the home team, but Poyser is not daunted.

“I think we have a very good chance because we have speed on our side. We have some size, but I think our speed and conditioning will be the difference,” he explained.

With the COVID-19 pandemic kicking basketball off the local sports schedule, Poyser has tried to get the team back to peak fitness.

“We’ve gone over some offensive sets, but we’ve worked specifically on conditioning and, as I said, because of the COVID, a lot of the local boys haven’t played basketball for 20 months, almost two years, so I had to get them back into shape. So conditioning was the biggest thing,” he stressed.

“They all shoot the ball very well,” he continued during a review of the teams’ preparations. “So we concentrated a lot on defence.”

Asked how Jamaica might fare facing Mexico at home in the opening game, the coach replied: “I think we have a very good chance of beating the home team.”

The squad has been boosted by the highly-rated London Johnson, a high-school point guard in Atlanta.

One online basketball site lavished high praise of the six-foot-four, 185-pound player, saying: “There are not many guards in the class that possess Johnson’s level of upside, as he has a bright future as a lead guard at the high major level if he continues to develop.”

According to Poyser, COVID-related curfews did not hurt the team’s final preparations. However, the various protocols did scare some players away earlier in the year.

“Where we were affected was back in the summertime for the try-outs itself. A lot of the players that wanted to be there, some of the parents just wouldn’t let them go because of the COVID,” he outlined.