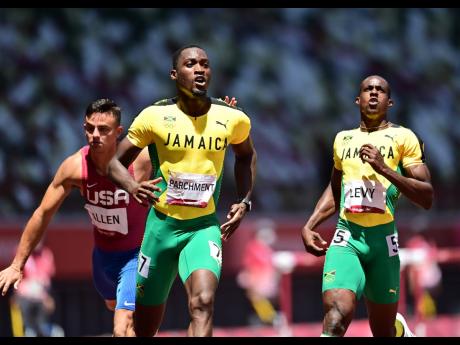 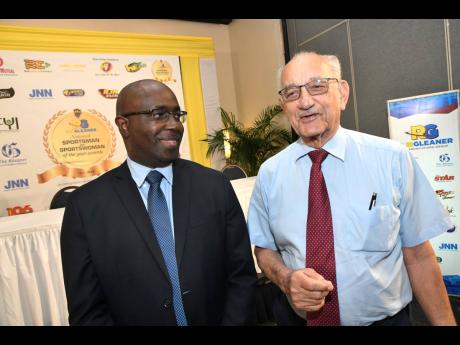 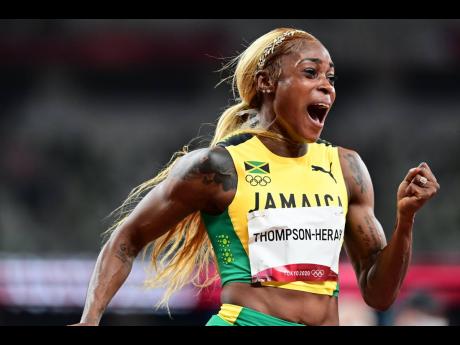 The event, which was launched virtually yesterday, will see four other candidates challenging Thompson Herah for the main female prize.

Last year, for the first time since the inception of the awards in 1962, no Sportsman and Sportswoman of the Year were selected, due to the low level of sports in 2020 because of the coronavirus pandemic. However, the RJRGLEANER Foundation recognised some athletes for their achievements last year.

However, at yesterday’s launch, it was revealed that this year the awards will have an almost-full slate of presentations.

All regular presentations will take place, most virtually, with the exception of the Inter-Secondary Schools Sports Association awards, which will not be recognised because of curtailed school sports activity and attendance in 2021.

“Our board is pleased to announce that for the 2021 National Sportsman and Sportswoman of the Year awards, we will have a full set of awards unlike last year,” he said.

“The return to a full set of awards has taken place because sports on the international and local level saw some normality this year, especially with the Tokyo Olympics.

“With that consideration, the board reviewed he information required to make nominations and we are in a position this morning (yesterday) to give you details of how we will proceed,” Allen added.

The RJRGLEANER Sports Foundation, which is staging the event for the 17th year, said it remains committed to the national awards and promised that leading up to the event, they will promote it comprehensively on various mediums.

Meanwhile, the People’s Choice Performance of the Year Award, one of the most coveted prizes, will have five contestants.

They include Jamaica and West Ham forward Michail Antonio, for his amazing goal against the United States in their Concacaf World Cup qualifying 1-1 draw at the National Stadium in November; Fraser McConnell, for his historic win in the Nordic Rally Cross Series in February; Parchment, for his gold medal run at the Tokyo Olympics; Tapper, for her bronze medal finish in the Olympic’s sprint hurdles final; and Thompson Herah’s breathtaking 10.54-second run (second-fastest time in history) at the Wanda Diamond League meet in Eugene, Oregon, in August.

Mike Fennell, Director of the RJRGLEANER Sports Foundation and Chairman of the Selection Committee, noted that even though international performances usually carry the highest points, the performances of local sportsmen and women will be noted as well.

“(The year) 2021 was dominated by the Tokyo Olympics and that had a big influence on our considerations,” said Fennell. “But we also want to note that while attention will be centred on the top performers at the world level, we should never ignore the long list of performers at the local level.

“Therefore part of our presentation is to celebrate the performance of athletes of all sports, so we depend on the nominations being sent in by the various associations,” he said.