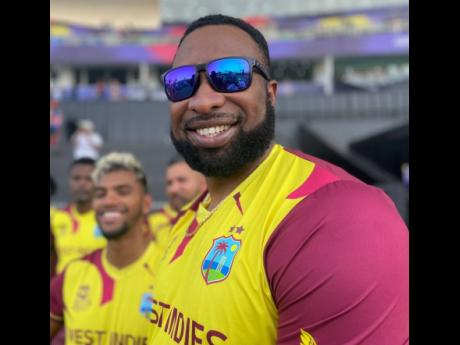 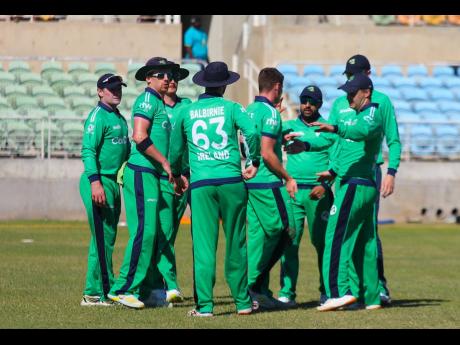 Lennox Aldred
Members of the Ireland team at Sabina Park during Wednesday’s warm-up match against Jamaica.
1
2

It has been just under six months since the West Indies (WI) last played a One-Day International (ODI), and the regional side will get a chance to do so today when they take on Ireland in their first World Cup Super League match at Sabina Park, starting at 9:30 a.m.

After having their ODI leg of the Pakistan tour postponed because of COVID-19-related issues last month, the regional side will be hoping that they can get their limited-overs game to a good level to kick off the new year with valuable ranking points building up to the 2023 Cricket World Cup.

Ireland are currently ranked in the fourth position on the ICC Super League table on 50 points, that is 10 points ahead of the West Indies in eighth position.

Returning captain Kieron Pollard said that the team will not be focusing on ranking points, but to get back that winning mentality and culture which saw them sweep Sri Lanka in the Caribbean 3-0 last year.

“The spirits are high and the guys want to perform because they didn’t get that opportunity in the one-day leg of the Pakistan series. The last three days, you can see the enthusiasm and excitement in the guys and, hopefully, that can transcend unto the cricket field and we can start 2022 on a different level and set a template for us going forward,” said Pollard.

The last time Ireland came to the Caribbean two years ago, the West Indies came away 3-0 series winners. However, with the teams seeing quite a few changes in terms of personnel, things may be different this time around.

“We haven’t played Ireland in a while but they have been playing cricket and we have a fair idea as to what we are coming up against. It is just a matter of marrying these things to be the better team on the day,” added Pollard.

The West Indies will be hoping that batsman Shai Hope can replicate his 2021 form, where he led all scorers in ODIs with 310 runs at an average of 62, while Akeal Hosein could very well factor with the ball, following his 14 scalps in 2021.

In the meantime, the Ireland camp will head into today’s encounter without one of their most senior batsmen, Paul Stirling, who misses the first match after contracting COVID-19 on their tour of the USA.

They will be hoping that George Dockrell can replicate his form following his 82 in the warm-up game against Jamaica earlier in the week. Captain Andrew Balbernie believes his troops will perform better today in their preferred format.

“The guys are pretty confident, and they know what they have to do. We know that the West Indies are dangerous, but, at the same time, we are aware that if we come out and play well, and play with that sort of exuberance and confidence, we can produce results.”