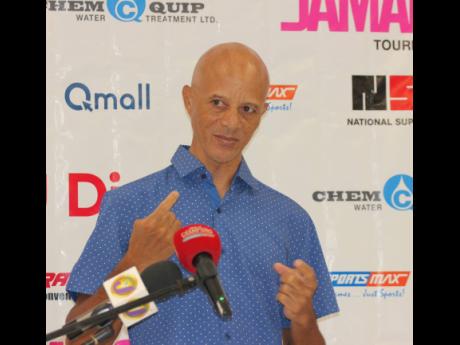 For the first time in decades, top-class cycling will grace the shores of Jamaica when the three-day Montego Bay International Cycling Classic rides off April 1-3.

Former national cyclist and coach Carlton Simmonds and his High-Velocity club have put together the three-day stage race event that will start and end at Whitter Village in Montego Bay.

More than 150 elite cyclists from countries such as the United States, Canada, Trinidad & Tobago, St Vincent and the Grenadines and the Cayman Islands will lock horns with local talent over courses that will take the riders through Rose Hall, Falmouth, Duncans and Discovery Bay.

A Cuban team is also said to be in negotiations to be a part of the historic event which will be broadcast live locally, and according to Simmons, the event will ignite the sport of cycling once again in Jamaica.

“We are hoping to have some serious racing based upon the registrations we have received. Our local elite youngsters will surely be getting some good competition,” said Simmonds.

A points-based system will be used to determine the overall winner, who will get a chance to share the US$11,560 prize money up for grabs. Prizes will also be awarded for all elite stages, as well as a King of the Mountain stage along with prizes for under-18, women and masters winners.

General secretary of the Jamaica Cycling Federation, Donna Kaye Sharpe, is overjoyed that the sport is finally awaking from its slumber, with world-class competition back on the island.

“It is unimaginable what this event will do for cycling. The sport has been on a low for some time, and to have an international event here is super,” she said.

Expatriate tri-athlete Allan Dempsey, a member of the High-Velocity cycling club, believes the event will raise the profile of Jamaica as a cycling destination.

“I think this event is going to be very good for sports tourism because what this will mean is that some of the elite cyclists from North America and Canada will want to retreat from the brutal winter cold to come to Jamaica for training and practice with events such as these.”