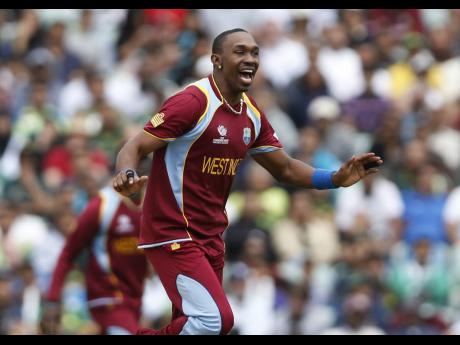 Chasing 177 at the Wankhede, CSK finished on 176 for six from their 20 overs, marking their sixth defeat in eight games to be one from bottom of the standing on four points.

They are only above the winless Mumbai Indians who feature Bravo’s former West Indies teammate, Kieron Pollard.

Opting to bowl first earlier, CSK failed to contain Kings’ Man-of-the-Match Shikhar Dhawan who top-scored with an unbeaten 88 from 59 deliveries and Bhanuka Rajapaksa who carved out 42 from 32 balls.

The left-handed Dhawan hit nine fours and two sixes, putting on 37 for the first wicket with captain Mayank Agarwal (18), a further 110 for the second wicket with Rajapaksa, and 30 for the third wicket with Englishman Liam Livingstone (19).

Bravo finished with two for 42 with his medium pace, first accounting for Rajapaksa in the 18th over and then knocking over Livingstone in the final over which leaked 13 runs.

With his brace, the 38-year-old Bravo moved his tally for the new season to 14 wickets, coming at an economy rate of nearly nine runs.

In reply, CSK were slumping at 40 for three in the seventh over before Ambati Rayudu arrived to stabilise the innings with 78 off 39 balls, punching seven fours and half-dozen sixes.

He posted 49 for the fourth wicket with opener Ruturaj Gaikwad (30) and a further 64 for the fifth wicket with captain Ravindra Jadeja (21 not out) before perishing in the 18th over.

CSK required 27 from the final over and MS Dhoni (12) lashed a six off the first ball before being caught at midwicket off the third delivery, to see all hopes of a victory vanish.