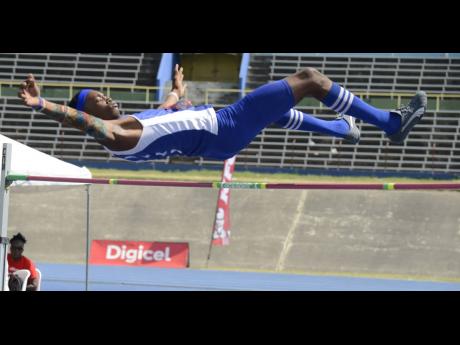 Ian Allen
Romaine Beckford winning the Class Two boys high jump with a record leap of 2.05 metres at the 2018 Eastern Athletics Championship at the National Stadium. 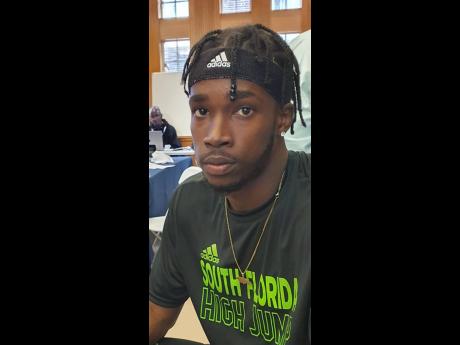 When Jamaica’s Romaine Beckford emerged the victor at the 126th staging of the Penn Relays in the high jump, his personal best clearance of 2.23 metres amplified a new Jamaica wave in the event. A week earlier, Christoff Bryan started the wave at...

When Jamaica’s Romaine Beckford emerged the victor at the 126th staging of the Penn Relays in the high jump, his personal best clearance of 2.23 metres amplified a new Jamaica wave in the event.

A week earlier, Christoff Bryan started the wave at the April 23 Velocity Fest in Kingston. Back from years ruined by injury, Bryan competed for the first time in two seasons, and, though the 2014 World Under-20 Championships fourth placer didn’t clear a bar, the 2017 NCAA champion was back. The wave gathered momentum at the Penn Relays as Beckford became the first Jamaican in history to win the college men’s title.

It wasn’t easy because Shaun Miller of The Bahamas, who beat Beckford into third at the 2019 Carifta Games, matched the Jamaican jump for jump. “It was very intense. I actually liked the competition. I liked how the crowd turned out and really supported us,” he reflected afterwards.

The 19-year-old Portlander is a jumper on the move. He cleared 2.20m during his time at South Plains Junior College, for whom he won a national indoor title and, a week before the Penn Relays, he cleared 2.21m.

These days, Beckford is studying communications at the University of South Florida but he is clear about his direction in life. “I love sports so much. I’m not going to say I don’t see myself out of sports but my main thing is, whenever I’m finished with track, I just want to continue and be a high jump coach,” he said passionately at the Penn Relays.

“That’s one of Jamaica’s weakest events and that’s why I take it so serious,” he declared of a discipline in which Jamaica has never won an Olympic or World Championship medal. Informed that Velocity Fest winner Lushane Wilson and Bryan are active, he replied: “I just want to see Jamaicans strive more in the high jump. So me building and they’re building, just push each other to do better in the future. That’s my main goal right now, to put Jamaica on the map for high jump.”

Winner of a rare high jump-discus double at the annual ISSA/GraceKennedy Boys and Girls’ Athletics Championships (Champs) in 2018, Beckford is eternally grateful to his Buff Bay High School coach. “I thank my high-school coach Kevin Brown for making me a very great athlete and just making me who I am today,” he said. “At first, I wasn’t a person that do schoolwork and stuff. I was just all in track,” he said, “And he’s the one that put it out that you can’t do track without doing your schoolwork, because ain’t no way you’re going to get a scholarship without doing your schoolwork.”

Brown stood by him when he missed the 2019 Champs discus final and performed modestly in the high jump. The coach sent him to South Plains early and Beckford now is the seventh-best Jamaican high jumper of all times. “I’m just going to keep on progressing and show the world who I am,” he promised.