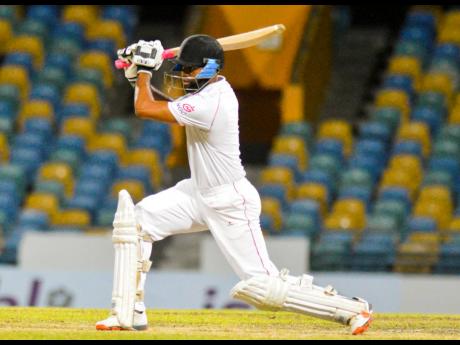 Resuming the morning at the Diego Martin Complex on 143 for six, Red Force folded before lunch for 271 in their second innings, to taste their first defeat of the championship.

On 36 at the start, the left-handed Cariah crafted exactly 100, an innings requiring 180 balls and nearly four and a quarter hours, and including 13 fours.

Test pacer Jayden Seales hit a lively 33 at number 10 but captain Cornwall proved incisive, finishing with four for 50 to ensure Red Force’s resistance did not last beyond the first session.

Cariah and Bryan Charles (21) stretched their seventh-wicket stand to 48, frustrating Hurricanes’ push for an early breakthrough.

Starting the day on six, Charles faced 70 balls in an hour and a half at the crease and counted two fours before edging a defensive stroke behind off Cornwall.

Anderson Phillip survived all of five balls before being trapped plumb lbw to leg-spinner Hayden Walsh Jr for four but Seales’ arrival led to another healthy stand for Red Force, as he added a crucial 86 for the ninth wicket with Cariah.

The left-handed Seales played freely, striking eight fours in a 46-ball knock and was at the crease when Cariah cut Cornwall behind square for four and then sprinted a sharp single off the very next delivery to reach triple figures.

Cariah never survived the over, however, edging the final delivery to Kieran Powell at slip to be the ninth out.

Seales perished in the next over when he lofted pacer Sheno Berridge to mid-on, leaving Hurricanes with a massive win.