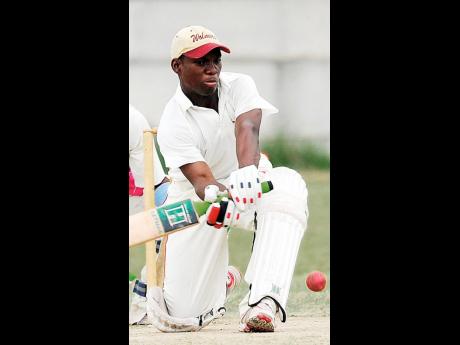 St Mary will make the trek to Kensington Park to face the home side with the defending champions looking to make it to their second straight final after defeating St Ann in the 2019 final at Chedwin Park.

St Mary, who were runners-up in Pool two, defeated St Elizabeth in the quarter-finals last week, and they will be hoping that the tournament’s leading run-scorer, Alwyn Williams, can see them through to another championship game.

National player Williams has so far scored 505 runs in six matches with two centuries and three half-centuries at an average of 84.17.

Williams should get good support from Tyrone Daley who has chalked up 236 runs so far with three half-centuries.

The young side, which is led by former West Indies youth player Andre Creary, will be banking on pacer Jermaine Chisholm to give them success with the ball. Chisholm has picked up 14 wickets in eight matches to date.

Home side Kensington CC will have the likes of Delbert Gayle and captain Ryan Francis in their line-up with the pair scoring 303 and 272 runs, respectively.

Jamie Hay, who has picked up 11 wickets so far, is expected to once again be among the wickets along with Tamari Redwood, who has ten scalps.

The second semi-final at Up Park Camp is also expected to be a good contest with home side JDF looking to brush aside a weakened Kingston CC team.

Kingston will not have the services of captain Brandon King and Odean Smith, who are both on senior West Indies duties. They will also be without national opener Kirk McKenzie, who left the island on Thursday to join the West Indies Emerging players camp in Antigua.

The Tigers will bank on Romain Morris, who is keen to add to the 418 runs that he has scored so far in the tournament. On the bowling side, national off-spinner Akim Fraser, who has so far bagged 11 wickets, should be leading that charge along with Paul Harrison, who also has 11 wickets in the tournament.

The JDF should start as heavy favourites with the likes of Deethmar Anderson and Tevin Gilzene in their line-up. Anderson has racked up 418 runs in six matches while Gilzene has 349 runs to his name with one century and two half-centuries.

The army men’s bowling should be spearheaded by pacer Andre Dennis, who has 14 wickets to his credit, along with Kevin Daley, who has 12.