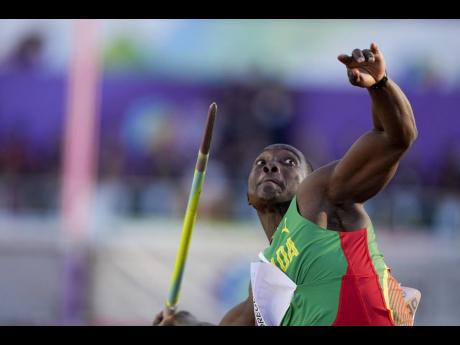 WORLD JAVELIN champion Anderson Peters says while he is feeling better after being assaulted on a party boat last week, he faces “a long road to full recovery”.

Breaking his silence on Sunday, four days after the physical altercation between him and crew members on board the Harbour Master, Peters stated in a Facebook post that he had been left in pain and discomfort following the incident.

“I know that you’re all concerned about my well-being, so please, know that I’m feeling better than I was in the immediate aftermath, but it will be a long road to full recovery,” he said, although not giving details about the extent of his injuries.

Four Trinidad and Tobago nationals, all crew members of the Harbour Master, on Monday pleaded guilty to causing grievous harm with violence to the two-time world champion and his brother, Kiddon Peters, who is a police officer, during the brawl on board the vessel last Wednesday.

They face the possibility of up to five years in prison.

Two other Trinidadians, who were charged in connection with the incident, were freed of the charges. State prosecutors dropped the charges against 40-year-old Abiola Benjamin, who was described as the cruise operations manager on the vessel, after reviewed video footage showed he was trying to separate the men who were involved in the scuffle.

The other individual, Lance Wiggins, 45, pleaded not guilty and Chief Magistrate Teddy St Louis ruled that he was free to leave the court.

Videos circulating on social media had shown crew of the party boat beating Peters before he went overboard.

The incident occurred just a day after Peters returned home following his silver medal-winning performance at the 2022 Commonwealth Games in Birmingham, England.

Prime Minister Dickon Mitchell, the opposition New National Party, and several sporting and other organisations had condemned the assault on Peters and called for swift justice.