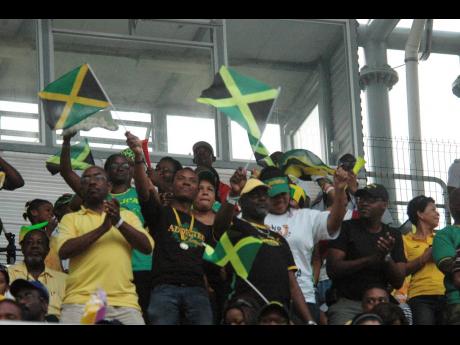 RECENT SUCCESS by Montego Bay’s young swimmers has advanced talks of erecting a pool at the Montego Bay Sports Complex in Catherine Hall. However, this may come at the expense of establishing a court for netball and basketball at the facility.

Earlier this month, the Sunshine Girlz recorded the highest place finish for the senior netball team at a major tournament. Vice-captain and daughter of the soil Shamera Stirling echoed concern over the lack of support for netball locally. The absence of a proper netball court in the west, where she is from, is evidence of her concern.

Deputy Mayor of Montego Bay, Richard Vernon, told The Gleaner in a recent interview that the availability of space was an issue.

“Tennis, netball, basketball and others approached us, everybody wants a piece of over there [Montego Bay Sports Complex]. The truth is, we only have about three acres available. Swimming needs one and a half and tennis wants two, so you see where the problem is already,” said Vernon, who further suggested a tennis court might be ahead of netball and basketball in the pecking order.

“We will have to look at the design and the site plan. I am almost sure that based on the acreage that we have and what is being requested by tennis and swimming it (netball and basketball court) can’t fit there,” said Vernon.

“What I would have said to tennis is that if it can be a multipurpose thing, then fine. That would mean we would account for volleyball, netball and basketball. For now, based on the standards that they want these swimming and tennis facilities at, we will need all that space for it,” he added.

The deputy mayor’s comments did not sit well with Gina Haughton, president of the St James Netball Association, who believes politicians are neglecting the best interest of the common folk to fuel political agendas.

“Tennis is not widely played in this region. Netball and basketball are two of the main sports used to rescue at-risk youths and give them an opportunity. It is through our netball competition a lot of young girls get jobs and other opportunities. However, I don’t think they (politicians) pay attention to these things if it is not for publicity. We need to do the grassroots work,” Haughton said.

“We know about the swimming pool already and we have made proposals to them about having a netball and basketball court there and nobody consult us about anything,” she added.

“The (Sunshine Girls) captain, (Jhaniele) Fowler and vice-captain Shamera Sterling came through netball in St James and yet nobody cares about netball in the west,” said Haughton.

Vernon believes that the main reason swimming and tennis are seen as elitist sports has to do with the location of facilities associated with the sports. He, however, noted that inclusivity was the goal of attempting to establish a swimming pool and tennis court at a location accessible to the wider public.