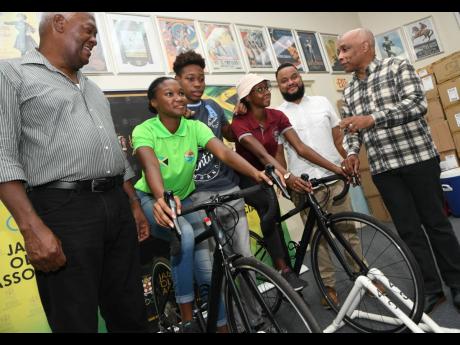 THE CARIFTA Triathlon, Aquathlon and Mixed Team Relay, called off last week because of the approach of powerful Hurricane Fiona, has been rescheduled for November 12-13, officials said on Monday.

The event, in its fourth year, was scheduled to take place last weekend at Clearwater Beach, close to the airport at the island’s east end with more than 100 young athletes from several Caribbean nations taking part.

It had been forced to take a two-year break because of the COVID-19 pandemic.

“We are delighted to be able to reschedule the championships and are especially pleased that triathlon federations from across the Caribbean are able to join us in November,” Sharon Hammond, the president of the Bermuda Triathlon Association, said.

“It also seems fitting for Bermuda that this event will take place the weekend after the World Triathlon Championship Series event where our home-grown champion, Flora Duffy, will be racing.

“We hope that many will come out and support the Bermuda team.”

The original event was set to see teams fly in from Antigua and Barbuda, Aruba, Bahamas, Barbados, Grenada, Jamaica, Trinidad and Tobago, as well as Puerto Rico, which was badly damaged by Fiona on its deadly trek across the northern Caribbean.