Abandoned Manning Cup games to be played from stoppage 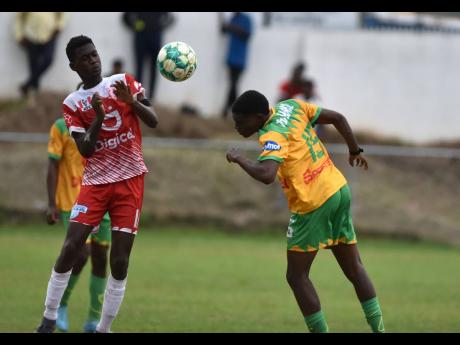 CAMPION COLLEGE, Excelsior, Jose Marti and Clan Carthy will have their abandoned games on Thursday, played from the point at which they were called off.

In a release, the Inter-Secondary Schools Sports Association (ISSA) said the two Manning Cup fixtures, which were scheduled for September 29 after inclement weather rendered play dangerous, will continue next Thursday, October 6.

One game, played at Campion College against Excelsior, was abandoned in the 72nd minute with the teams locked at 0-0.

Campion College started the day second in Group F on eight points while leaders Excelsior were on 10.

Jose Marti, who were fourth in Group F on four points, were playing against bottom-of-the-table Clan Carthy on two. That game ended at halftime with Jose Marti leading 2-0.

Additionally, the same players that were on the field of play at the time of stoppage are expected to resume play along with the substitutes that were on the bench. No additional substitute may be added to the list of players on the team sheets issued to the match official.

Both teams can only make the number of substitutions they were entitled to at the point where play was suspended.

Players sent off during the abandoned match are not allowed to be replaced, and any sanctions imposed by the referee before the match was abandoned will remain valid for the remainder of the match.