James, Glasgow named in 22-member shortlist for U19 World Cup 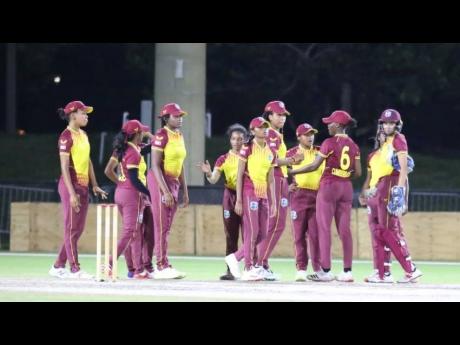 WEST INDIES Women A duo of Zaida James and Jannillea Glasgow have been predictably named in a 22-member shortlist to prepare for next year’s ICC Women’s Under-19 Cricket World Cup in South Africa.

This follows the West Indies Rising Stars Women’s Under-19 Championship staged in Trinidad last July and a subsequent five-match series against the United States Women at the Broward County Park Stadium a month later, in which 15 of the 22 players participated.

“The Rising Stars Under-19 tournament saw a welcome return to competition for young women in the region,” said Ann Browne-John, chief women’s selector.

“Following the tournament, these 22 players have been shortlisted to prepare for the World Cup in January in South Africa, as well as some additional preparation matches.

“After the long pandemic disruption, it was refreshing for the selectors to see some new talent which augurs well for future development.

“This pool, apart from World Cup participation, can also serve as a feeder for the senior team. It contains a great mix of players both right and left-handed and a variety of up-and-coming bowlers.”

The West Indies Women Under-19 squad lost the series to United States, 4-1, but according to Cricket West Indies, the tour allowed players to “get international match experience and [for the selectors] to better understand the talent within the group.”

The 22-member pool is scheduled to engage in a training camp and a series of trial matches in Trinidad this October, before touring India for a series the following month, as they ramp up preparations for the Under-19 Women’s World Cup.

Four teams will be added following a series of qualifiers.