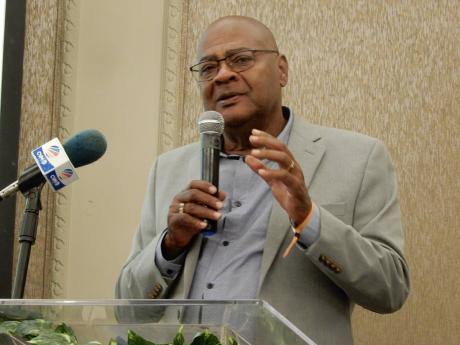 JAMAICA FOOTBALL Federation (JFF) president Michael Ricketts says social intervention, using sports, is better than ZOSO and SOE at curbing crime, and is calling for a crime audit during the World Cup to see how crime figures would have dropped during the competition.

Ricketts, who was guest speaker at the inaugural Sandals/Beaches Community Football Competition Awards Ceremony at Sandals Royal Plantation in Ocho Rios on Friday, said he was encouraging politicians to follow the example set by the hotel chain.

“I want to challenge the Constabulary to audit this period between the start of the World Cup, November 20 until December 18, and let’s see what our crime figures will be. I challenge anyone who can do that audit. I’m absolutely sure our crime rate will be lessened,” Ricketts said.

In commending Sandals and Beaches on the competition, Rickets said these are the kinds of initiatives that are needed.

“And I want to use this opportunity to encourage some of our politicians, who obviously really don’t understand what sport can do to the psyche and the culture of a nation. We at the JFF, we want to ensure that it’s not just playing the sport of football, it’s far beyond that.”

“I just know that, when World Cup is playing, all you need to talk about is football and whether it’s Brazil or Argentina. The truth is that, at this time, there are so many positive things that will come out of this period. The JFF is intent on ensuring it’s not just playing the sport of football, we want to impact the psyche, the culture, the social well-being of every single boy and every single girl in this country.”

“This football initiative with stakeholders stands to foster a good relationship, and, with such interaction, it is undoubtedly an ideal concept,” Murphy said.

General manager at Sandals Ochi Beach Resort, Charles Blacher, also hailed the social impact of the game, saying the competition was started as the hotel sought to help get things back to the way they were before the pandemic.

“It was a no-brainer as we would say in our industry,” Blacher said

Patrick Ramsey of Moon Palace was voted MVP of the tournament, with Damian Lee of Unity Strikers, the leading goal scorer.