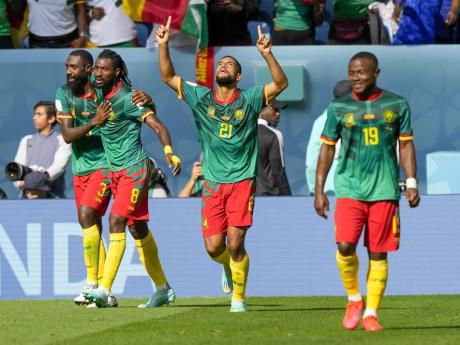 AL WAKRAH, Qatar (AP) — Substitute Vincent Aboubakar scored one goal and created another as Cameroon rallied from 3-1 down to draw 3-3 with Serbia at the World Cup on Monday.

He lobbed goalkeeper Vanja Milinkovic-Savic in the 64th minute and then set up striker Eric Maxim Choupo-Moting two minutes later.

The thrilling draw was the first game at the World Cup in Qatar in which both teams gave up a lead.

But the result suited neither side.

They each have one point after two Group G matches and either Brazil or Switzerland can qualify with a win when they meet later Monday.

Strahinja Pavlovic scored the equaliser on a header in the first minute of first-half stoppage time and, two minutes later, midfielder Sergej Milinkovic-Savic struck from 20 metres.

Striker Aleksandar Mitrovic made it 3-1 in the 53rd at Al Janoub Stadium.