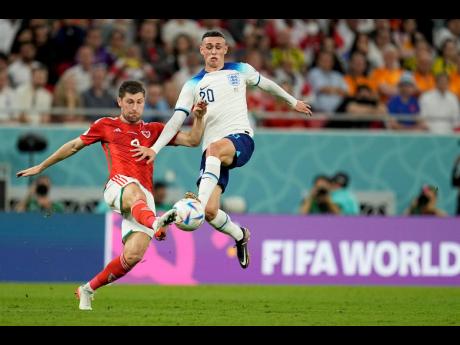 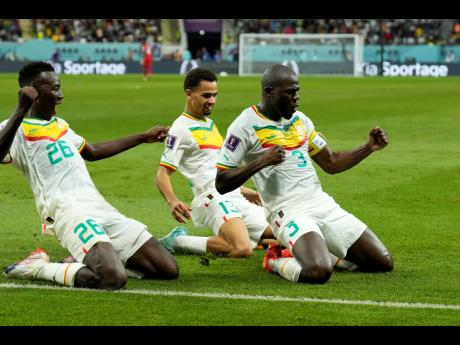 AP
Senegal's Kalidou Koulibaly (right) celebrates with teammates after scoring his side's second goal during the World Cup group A football match against Ecuador at the Khalifa International Stadium in Doha, Qatar today. 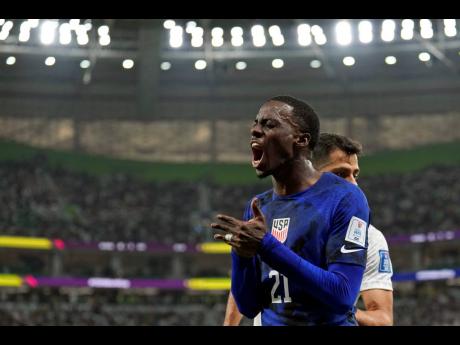 AP
United States' Tim Weah reacts after losing the ball out of bounds during the World Cup group B football match against Iran at the Al Thumama Stadium in Doha, Qatar today. 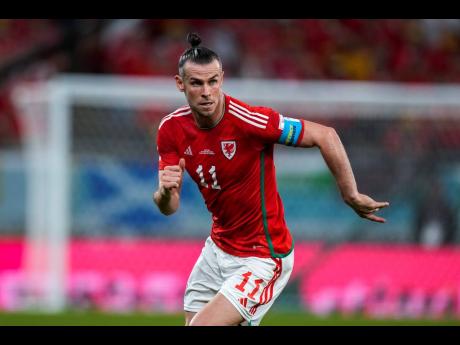 England started without Raheem Sterling, choosing instead to go with Phil Foden, similar to the decision, for the most part, of their coach when they were both at Manchester City, Pep Guardiola.

On the face of it, a 3-0 win against Wales, it seemed to have worked. Foden got on to the scoresheet, scoring the second of three goals, he was largely ineffective. Were my name Southgate, Sterling would only leave the field if the doctors say there is no pulse.

After The Netherlands grafted a 2-0 victory over Senegal, even the 3-1 win over Qatar did not take away the feeling in the pit of my stomach.

But my love for African football was left bereft of the usual pangs of pain after a gutsy performance against Ecuador today. Senegal, with just 38 per cent possession, blunted the impact of an Ecuador team, who until today, looked good for a round-of-16 place.

But now I might be faced with the fear of here we go again, with Senegal, ‘The Lions of Teranga’, taking on England, the Three Lions, in the round of 16. I know which of the Lions my heart says, but that achy heart has to deal with an England side, coming into their own. But I take heart in the fact that Senegal, can give you 62 per cent of the possession and come away smelling like roses.

A US team with a bit of grit

The United States really made it uncomfortable for themselves in the latter statges but this young core of players showed grit to claw their way out of the group phase.

It is still puzzling that head coach Gregg Berhalter continues to give Gio Reyna limited to no minutes so far. He might not have a choice against Netherlands on Saturday. At least we are guaranteed a Concacaf team in the round-of-16. Can Mexico join them tomorrow?

Farewell to the Welsh maestro

When former Real Madrid ace Gareth Bale left the field at half time the hopes of a Wales team went with him as their Group D clash against British neighbours, England, ground to ashes in front of them.

It was not the fitting end the Welsh maestro would have envisioned for the end of his international career. Lest we forget, Bale has scored crucial goals to lead his country to the World Cup for the first time since 1958. His contribution to Welsh football must not be understated. Go well maestro.