Speed to burn in Netherlands vs USA? 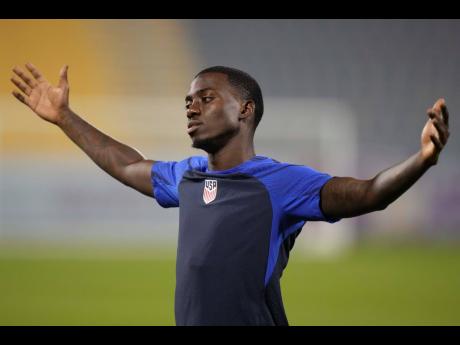 AP
Tim Weah of the United States gestures during a training session at Al-Gharafa SC Stadium, in Doha, Qatar, yesterday. 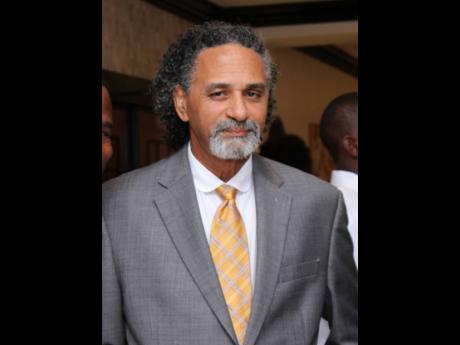 Football analyst Michael Hall has pinpointed a key matchup that could turn the result of the Netherlands’ round of 16 World Cup encounter with the United States today at 10 a.m. It’s a matter of speed.

As an admirer of Dutch football himself, he noted, “Something that could play a part in the outcome is the speed of the USA against a Dutch team that I find has been very, sort of, ponderous, very slow in their movement. I think that the quicker midfielders of the USA are going to be all over,” Hall warned.

“Timothy Weah, you know he has lightning speed. I think he will be a problem, especially if he plays wide right and Daley Blind is in his customary left wing back position. Blind versus Weah is like me and you versus Usain,” Hall said. “I think team speed for USA will give them an advantage and may very well decide the game,” he concluded.

Among the Dutch assets at the disposal of coach Louis van Gaal is influential midfielder Frenkie de Jong. Hall says the 23-year-old Barcelona player could turn the tide.

“In my opinion”, Hall recommended, “he has most of the things that are required to be the influencer for his team. One of the things that I think is missing as I watch him play is that there is a sort of a lack of steel that you want. He’s got great vision. The movement when he has the ball and the sort of languid way he might drop his right shoulder and get his defender out of the way and change direction quickly, dare I say it, bordering on blasphemy, is Cryuff-like.”

If the reference to the late great Johan Cryuff proves true, he and Liverpool centre back Virgil van Dijk could put the Netherlands in the quarterfinals over a USA team that could be without Chelsea winger Christian Pulisic who is carrying an injury.

De Jong will need protection from his teammates against a bustling USA team.

“The Dutch have four or five guys around him. They’re like robots or clones of each other. They play the same way Marten de Roon, Teun Koopmeiners, all of them. They’re grinders which gives de Jong the freedom to move around and flit around and pick it up and so on and they fit into the Dutch system which has a fulcrum player around whom the rest of the team revolves. He is that person, but I think he needs to toughen up a bit,” the analyst added.

“No, the Dutch are not that type of team,” Hall compared, “but I think it’s to their benefit because the expectations are so low. They have a chance to do very well, and I also believe that, for whatever reason, the current head coach seems to get the best out of them.”