England have too much firepower for Senegal – Xavier Gilbert 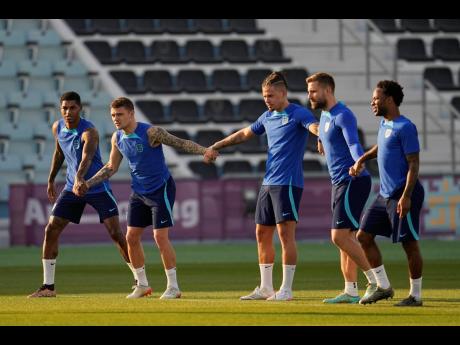 XAVIER GILBERT, the Excelsior High School and Jamaica coach, is predicting that England will move past Senegal today in their FIFA World Cup round of 16 encounter in Qatar.

Gilbert reckons the depth England have in attack will be a bit too much for the African champions.

Though the Senegalese are led by one of the world’s finest central defenders in Kalidou Koulibaly, Gilbert submitted, “They will be relying on him, but I think the pace of the English attack and their creativity will get the better of them.”

Captain Harry Kane was the top scorer at the World Cup four years ago in Russia, but Gilbert isn’t concerned that he hasn’t been able to get on the scoresheet this time around.

“France won the World Cup the last time with Olivier Giroud, who played all the games and didn’t score a goal. So he (Kane) will create opportunities. He will draw a lot of attention to him and create opportunities for others and the others will capitalise on that.”

In Qatar, Kane laid on goals for Raheem Sterling and Marcus Rashford in a 6-2 win over the host nation and another for Rashford in a 3-0 defeat of Wales. England have also gotten goals from Phil Foden, Jude Bellingham, Bukayo Saka, and Jack Grealish.

The English player Gilbert has enjoyed watching the most is Bellingham, the Borussia Dortmund midfielder.

“The surprise for me in the World Cup is Bellingham. He really has been very good. I’m sure after this World Cup, his price tag is going to go sky high,” Gilbert said of the 19-year-old who has added a touch of class to the England midfield.

The Excelsior technical director is guessing that Senegal might concede penalties. “We have seen with the African teams not being very disciplined, in critical moments in and around the penalty area,” said Gilbert.

Senegal, already without injured frontman Sadio Mane, whose winning penalty helped to secure the 2021 African Nations Cup, have now lost defensive midfielder Idrissi Gueye, who will miss the England match, having been booked twice at the group stage. Mindful of how well Senegal have played without Mane, Gilbert said, “Sometimes when one of their crucial players, or big-name players, is missing and another player gets the opportunity and they have something to prove, they might just come up and do well, and that’s why it’s the World Cup, and that’s why we watch all of these games because it’s what happens on the day.”

Asked if England might have had it too easy in the group stage against Wales and Iran, the coach reasoned, “They should be ready, to be honest, and England is a team that, trust me, they’re probably going to win the World Cup when nobody expects them to win it because so often, they come with a lot of good players and struggle to get past quarterfinals. I mean, let’s see.”