#FootballFever | Luis Suarez a World Cup hero for Uruguay, ‘the devil’ for others 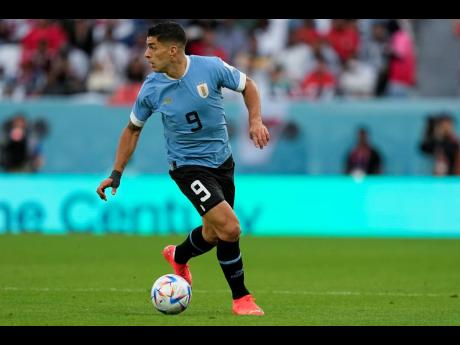 The day before what was likely his last World Cup game, Luis Suarez walked into the room, sat down and placed himself squarely in the spotlight — again.

Then a Ghanaian journalist let it all out: “Ghana want to retire you,” he said to the Uruguay forward. “You are the devil himself. You need to apologise to my country for what you did.”

Quite the reaction to a football player, even if his deliberate handball more than a decade ago is still one of the most contentious moments in World Cup history.

Uruguay’s 2-0 win over Ghana on Friday, which still resulted in elimination for the Uruguayans, is expected to be Suarez’s last World Cup game if he stays true to his pre-tournament pronouncement. If so, it ended the international career of one of football’s most divisive characters, a player who is adored in Uruguay, who won titles at Ajax, Barcelona and Atletico Madrid, and who was at his height, one of the best strikers in the world.

Suarez brought joy to his teams and fans, often after extended periods of gloom. With Suarez, Uruguay ended 20 years of World Cup underachievement — either failing to qualify or being eliminated in the group stage — to reach the semifinals in 2010.

He helped deliver Uruguay’s first Copa America title in 16 years in 2011. He was instrumental in Atletico Madrid’s first Spanish title in seven years in 2021.

In doing so, Suarez also managed to regularly provoke emotions on the other side of the spectrum.

He is still loathed in Ghana, as the journalist reminded everyone this week, for that handball in the 2010 World Cup quarterfinals that ripped a historic place in the semifinals away from the Ghanaians.

Suarez’s reputation, which was more than controversial, was mostly because of his own actions. He was also banned on three separate occasions for biting opponents in a game, and once for racially abusing an opponent.

The handball incident has stayed with him more than the others.

Suarez’s actions on the goal line 12 years ago denied Ghana a certain goal at the very end of extra time with the score even at 1-1. He was sent off for the handball but celebrated wildly on the sidelines when Ghana forward Asamoah Gyan missed the resulting penalty.

Uruguay won in a penalty shootout and Suarez said in the aftermath: “Truth is, it was worth it.”

Suarez’s brutal honesty in owning what he did remains more than a decade later. When the Ghanaian journalist went on about demanding his apology this week, Suarez listened intently, then folded his arms and replied.

“I don’t apologise for that because... it’s not my fault,” Suarez said. “I didn’t miss the penalty.”

While that may have reignited the anger of Ghanaians, it interestingly won a level of support from Ghana coach Otto Addo. Addo said most players would have done what Suarez did by stopping that ball with his hand. He just owned up to it. He referred to Suarez’s actions as actually a sacrifice for Uruguay.

Suarez’s mere presence at that pre-match news conference also said something. Amid the frenzy ahead of Uruguay’s rematch with Ghana in Qatar, Suarez could easily have skipped the media gathering and Uruguay could have sent another player out to avoid the inevitable grilling.

Suarez walked in and faced it head-on.

He also did that on the field in his last game for his country, the rematch with Ghana. At the age of 35, he led the Uruguay attack and played key roles in both goals. His delightful flick over the defence to set up teammate Giorgian De Arrascaeta for the second goal reminded everyone of the player Suarez was. Minutes later, Suarez was angrily yelling at the referee and got a yellow card, reminding everyone who he also is.

He would go to the limit for his team, sometimes past it.

When Suarez bit Italy defender Giorgio Chiellini on the shoulder in a game at the 2014 World Cup, FIFA responded with a ban of four months from all football and nine games for his country. It was one of the harshest penalties ever handed out at the tournament. Suarez didn’t play for Uruguay again until 2016 and even Chiellini said the punishment was excessive. Suarez did apologise to Chiellini for the bite.

His fourth World Cup ended in Qatar with him crying in the dugout after being substituted. Uruguay was heading to the last 16 for the fourth straight time before a stoppage-time goal in the other Group H game between South Korea and Portugal changed the course of the group and sent Uruguay home and Suarez into international retirement.

He said he would deal with that bitter ending, too.