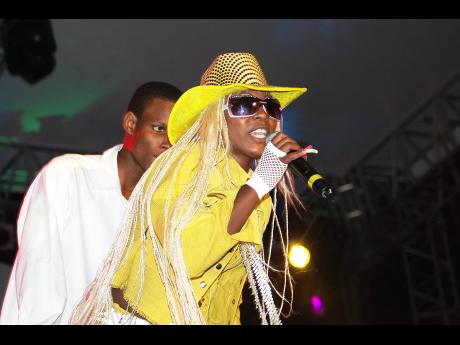 For the loyal fans of dancehall music, the Dancehall Night segment of Reggae Sumfest 2016 should be a blast as based on the classy line-up of stars, it is almost a given that the entertainment will be rich.

In fact, had it not been for the absence of acts like the original don gorgon, Ninjaman; Lady Saw, who has embraced Christianity and left the circuit; the incarcerated Vybes Kartel; and the overseas-based emperor, Shabba Ranks, the line-up could well be classified as a 'who is who' in the dancehall.

While the 'clash' element, which is a big drawing card in dancehall, will not be a feature based on the current lack of feuding between the top acts, red-hot dancehall lyrics should still flow with the likes of the dancehall doctor, Beenie Man; the poor people's governor, Bounty Killer and the red-hot dancehall Spice leading the pack.

"I rather like this line-up ... and with no feuding going on between the top artistes, we should see a lovely presentation of dancehall at its best," said experienced promoter Worrell King, the perennial stage manager at Reggae Sumfest.

In addition to the big guns - Beenie Man, Bounty Killer, and Spice - the hard-core deejay fraternity should also get high-quality representation from the likes of Popcaan and Agent Sasco, who have now emerged as bona fide global stars.

BEST OF THAT GENRE

In terms of the singers-singjays, there is no question that the likes of I-Octane, Romain Virgo, and Nesbeth represent the best of that genre and should all stand tall. In fact, as I-Octane has shown in recent years, the singers-singjays have both the capacity and versatility to upstage even the top-flight deejays.

In terms of the emerging acts, Dexta Daps, Masicka, Vershon, Devin Di Dakta and Jahmiel are all expected to come good and could well make powerful statements to signal their readiness for the big times.

For the lovers of gimmicks, fun lyrics, and dancing, they too, should be royally entertained by the likes of Ding Dong, Charlie Blacks, Chi Ching Ching, and Tanto Blacks, who are all well loved by the younger dancehall fans.