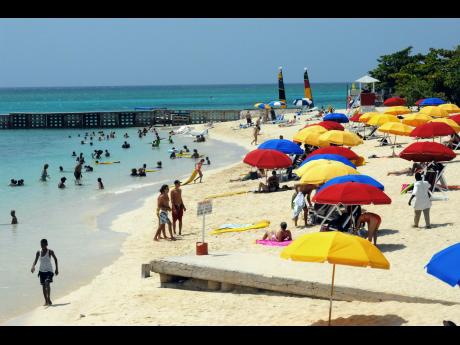 However, with the recent unflattering claims of dirty beaches, many persons are expressing the hope that the local authorities will be taking steps to embrace the best practices being observed at the world famous Doctor's Cave Beach, which stands out like an oasis in a desert with its pristine appearance.

Cognisant of its rich history, which is built around a long-standing belief that its water has healing powers, the management of the Doctor's Cave Beach has been quite resolute in its maintenance of very high standard, which entails, always keeping the beach clean and inviting.

It should be noted that the Doctor's Cave Beach, which came to the fore in 1906, was renowned among the rich and famous of the world, long before Montego Bay emergence as a top-flight tourism destination in the early 1960s.

According to historians, Doctor's Cave Beach became a bath club in 1906 when it was donated to Montego Bay by Dr Alexander James McCatty, who formerly used it as a getaway spot for himself and his friends in the medical field.

Because of the temperature of the water, which usually ranges from 78 to 84?F, is quite soothing, persons suffering from joint ailments such as arthritis, says it provides good relief to their bodies after a good soaking.

In the 1920s, the reputation of Doctor's Cave Beach got a significant boost when Sir Herbert Barker, a world renowned British Osteopath, following a visit to the beach, published an article in which he declared that the water had healing powers and was capable of curing several common ailments.

As the news spread globally, many rich and famous persons with ailments, made the trek to Jamaica, hoping to be healed at Doctor's Cave. Many reportedly left quite satisfied, further enhancing the beach's reputation.

As Doctor's Cave continues to hold pride of place in the western city, many persons are of the view that, if given similar attention, the other beaches could be just as popular to visitors.