US pledges to work with new PM 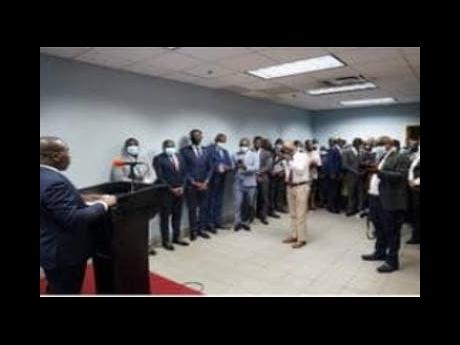 The United States says it is looking forward to working with the new prime minister of Haiti, Claude Joseph, who has pledged to continue efforts for the staging of a referendum and the organisation of new elections in the French-speaking Caribbean Community (CARICOM) country.

“The US looks forward to continued cooperation with interim Prime Minster Claude Joseph, the government of Haiti and all Haitian stakeholders and international partners working to hold free and fair legislative and presidential elections in 2021,” said Julie Chung, acting assistant secretary for US Department of State’s Bureau of Western Hemisphere Affairs.

Joseph was inaugurated on Wednesday at a Council of Ministers held at the National Palace reiterating his desire to continue government actions, according to the wishes of President Jovenel Moïse.

He told a ceremony at the National Palace on Thursday that he is aware of the challenges ahead of him, but was prepared to mobilise all the necessary resources in order to remedy the problems linked to the insecurity confronting the country.

He said that he is committed to working towards restoring peace and security, as one of the priorities of the government, while also renewing his commitment to continue the process that would allow the referendum to be held and the organisation of elections.

Joseph replaces Joseph Joute, who on Wednesday took to social media to announce that he had submitted his resignation to Moise. His resignation came after only a year in the job. He was appointed prime minister in March 2020 by presidential decree and without a political agreement with the country’s vocal opposition.

His appointment came two months after Moïse began ruling by executive order after the terms of most members of parliament expired. Moïse had unsuccessfully spent a year trying to get two different prime ministers through Parliament after the Lower Chamber of Deputies fired Prime Minister Jean Henry Céant on March 18, 2020.

Joseph has since named two new members to his Cabinet, including Michel Patrick Boivert, as minister of planning and external cooperation. The other minister appointed is Louis Conzague Edner Day as minister of the interior and territorial communities.