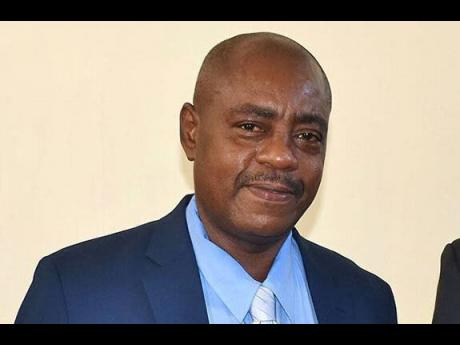 Minister of Public Service, Consumer Affairs and Sports Frederick Stephenson announced on Thursday that he will not be seeing persons at his office, constituency office or home who are not fully vaccinated.

In an announcement on his Facebook page, Stephenson, who is into his third five-year term as member of parliament for South Windward, said: “Important Notice: As of today, June 10, I will not see anyone at my place of residence, or the constituency office in Biabou or the Office of the Ministry of the Public Service until you have your certificate of full vaccination.”

There was mixed reaction to the post which came a day before the National Emergency Management Organisation indicated that there was a second wave of COVID-19 affecting the country.

Stephenson received some support, with some saying he had a right to protect himself, and one person further suggesting that unvaccinated persons who needed him could simply contact him by phone.

Audrey Gittens, a former permanent secretary in the Ministry of Housing, also welcomed the announcement saying: “Good. The people voted for representation, that does not mean that you should encourage them to infect you with COVID-19 which could possibly kill you. No vote is worth your life.”

However, some commenters criticised Stephenson’s position, with Shakeila A. Charles describing it as “utter rubbish”.

She suggested that Stephenson could put such a requirement for visitors to his residence, “… but the government office that the people voted to put you to represent them? Oh please!”

“Finding every means to force this on people, eh? Well you won’t be seeing me,” added Ron Clarke, a former president of the St Vincent and the Grenadines (SVG) Teachers’ Union.

Some 16,167 people in SVG had been fully vaccinated, he told the press conference, adding that the ministry’s surveillance team was working on providing the disaggregated data.

The ministry had hoped to have administered 50,000 vaccines by this time.