Cuba embargo has run its course, CARICOM tells US 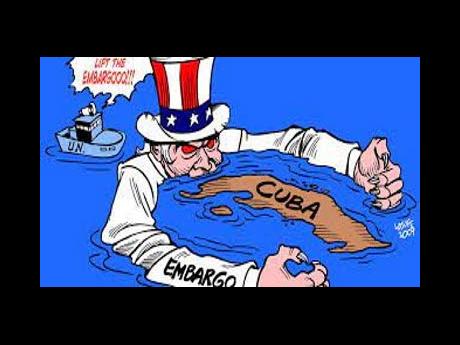 Caribbean Community (CARICOM) countries have told the United States that its decades-old trade and economic embargo against Cuba has “run its course” and should now be lifted.

In a July 26 letter sent to President Joe Biden, CARICOM chairman and Antigua and Barbuda Prime Minister Gaston Browne said that “strong and mutually beneficial relations” have been developed between Cuba and the Caribbean countries over a 49-year period and CARICOM regards “Cuba and its people as a valuable and respected member of our family of Caribbean nations”.

Browne said that CARICOM has been, and remains troubled by the circumstances in Cuba where there is a shortage of food, medicines and other basic needs “that results, significantly, from the long-standing US trade embargo and the more recent punitive measures imposed by the previous US administrations”.

Browne said that the coronavirus pandemic has “exacerbated this deteriorating humanitarian situation.

“All of this, together with the threats to its national security, have contributed to placing Cuba in conditions of abnormality in which normal criteria and expectations cannot be applied,” Browne wrote.

The CARICOM chairman said that the US trade and economic embargo against Cuba has been in place for 61 years.

“It has run its course. CARICOM sincerely believes that it should be lifted so that all the rights to which the Cuban state and its people are entitled can be respected and upheld. Under a previous US administration of which you were a part, significant strides were made in this direction, and could be advanced to beneficial effect,” Browne told the US president.

He recalled the words of the late Trinidad and Tobago Prime Minister Dr Eric Williams, who had explained the rationale by four Caribbean countries to establish diplomatic relations with Havana in 1972.

Browne quoted Williams as saying, “In the 1970s we should have learned the lesson that economic boycott is not the most realistic, nor indeed the most productive attitude to be adopted with a country whose economic and social systems we do not share ... At all levels within the family of nations of the hemisphere, reconciliation with the estranged is the ineluctable choice, rather than ostracism.”

Browne said that the regional leaders “believe that that rationale still holds true”.

Washington has maintained the trade and economic embargo against Cuba even though in the past few years, the United Nations General Assembly has voted to have it lifted, with only the United States and a handful of its allies voting against the measure.