US panel backs COVID-19 boosters only for elderly, high-risk 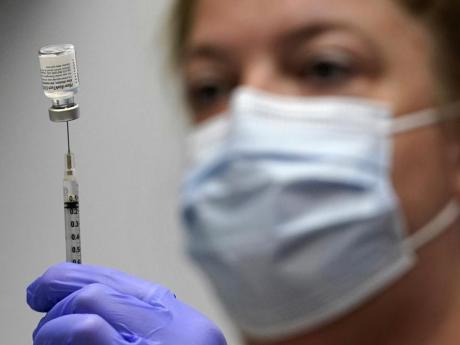 WASHINGTON (AP) — An influential federal advisory panel overwhelmingly rejected a plan Friday to give Pfizer COVID-19 booster shots to most Americans, but it endorsed the extra shots for those who are 65 or older or run a high risk of severe disease.

The twin votes represented a heavy blow to the Biden administration's sweeping effort to shore up nearly all Americans' protection amid the spread of the highly contagious delta variant.

The decision was made by a committee of outside experts who advise the Food and Drug Administration.

In a surprising turn, the panel first rejected, by a vote of 16-2, boosters for nearly everyone.

Members cited a lack of safety data on extra doses and also raised doubts about the value of mass boosters, rather than ones targeted to specific groups.

Then, in an 18-0 vote, it endorsed the extra shot for select portions of the US population — namely, those most at risk from the virus.

That would help salvage part of the White House's campaign but would still be a huge step back from the huge plan proposed by the administration a month ago to offer booster shots of both the Pfizer and Moderna vaccines to nearly all Americans eight months after they get their second dose.

The FDA itself is expected to make a decision on boosters in the next few days, though it usually follows the committee's recommendations.

The offering of boosters is also subject to approval by the Centers for Disease Control and Prevention.

A CDC advisory panel is expected to take up the question on Wednesday.

The CDC has said it is considering boosters for older people, nursing home residents and front-line health care workers, rather than all adults.

Separate FDA and CDC decisions will be needed in order for people who received the Moderna or J&J shots to get boosters.

During several hours of vigorous debate Friday, members of the panel questioned the value of offering boosters to nearly everyone.

“I don't think a booster dose is going to significantly contribute to controlling the pandemic,” said Dr Cody Meissner of Tufts University.

“And I think it's important that the main message we transmit is that we've got to get everyone two doses.”

Dr Amanda Cohn of the Centers for Disease Control and Prevention said: “At this moment it is clear that the unvaccinated are driving transmission in the United States.”

Scientists inside and outside the government have been divided in recent days over the need for boosters and who should get them, and the World Health Organization has strongly objected to rich nations giving a third round of shots when poor countries don't have enough vaccines for their first.