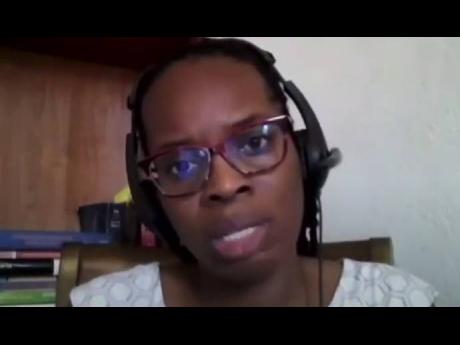 Lecturer in public health and epidemiology at The University of the West Indies, Dr Natasha Sobers-Grannum, warned on Wednesday that if COVID-19 protocols aren’t adhered to and additional measures are put in place to mitigate the spread of the Delta variant, Barbados could see a significant rise in positive daily cases, with a worst-case scenario of up to 800.

She made the disclosure based on modelling done in early October.

Using graphs to help convey her model findings, Sobers-Grannum explained that the modelling, which is based on 60-day projections, not only factors in the number of cases based on one person transmitting the virus to five other persons, but it also includes the percentage of persons vaccinated, and the expectation that persons are following the public health protocols.

She mentioned that back in August, it was suggested the number of cases would reach 500.

However, she did note that there is the possibility of the numbers levelling off in the coming weeks, but currently, the graphs show the numbers rising. For some levelling off to occur, the public health and epidemiology lecturer gave her suggestion of which public policy measures would need to be adhered to.

Those short-term measures include wearing of masks; social distancing of six feet; no-movement restrictions; reducing the number of persons in bars and places of worship; and the implementation of ‘safe zones’. For the long term, she suggested that persons should get vaccinated.